Summing up what the UK Coach Operators Association (UKCOA) is about, Mark Anderson of Andersons Travel, said: “The UKCOA is a trade association for coach operators, administered by coach operators.”

These words were said at the official launch of the UKCOA, the new name for the LTCOA. The change of moniker reflects the growing reach of the organisation beyond London to the rest of the UK. An online presentation gave insight into what this evolution means. 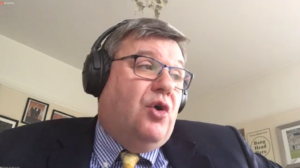 Mark Anderson said: “Our membership is now over 50 companies and they have asked us to do this. What better people to lobby and provide a voice for coach operators than their peers in an on-message and focused group; not tied down by other powerful voices, representing other modes of vehicle transport or big businesses that tend to dominate other organisations and whose message can be very different to what coach operators want.

“The past few years have been difficult for coach operators, with many challenges and more to come: ULEZs, Clean Air Zones, PSVAR and the drive to ultimate zero-emissions. And if that is not enough, in the past ten months we have been dealing with the devastating effects to our industry of a world-wide pandemic.

“In terms of your businesses and the support that has been offered by government, we know exactly what you have been going through. The opening battle of hokey-cokey grant provision: we were in, we were out, we were in and finally we were out, centred around were we to be considered a leisure industry or not. This turned into a postcode lottery. In my case, it meant two of our three locations were successful and one was not. Many of you, I know, were less successful.

“In other areas, Anderson Travel has had to make sacrifices. We have mothballed our short break and day trip programme for international visitors, because there are none and have refocused, where we are able to, on home to school transport.

In tribute to the Honk for Hope movement, Mark said: “When the past year is consigned to history, the lasting memory will not be of a government minister or a department official, my memory will be of a rather wonderful woman from the north east and an eight-year-old boy from Gloucestershire who did more for publicity for our industry than any communications department could.

“The media has moved on from talking to faceless officials from departments of transport and bodies claiming to represent the industry. They want a human interest story hinged onto a Government policy. The UKCOA can do that perfectly.

“We would like a grant in order to pay some of our most pressing bills. We would like business rate relief for everybody” – Mark Anderson, Anderson Travel

“We have been told the coach industry has not made it clear so far what we want. Well that’s just nonsense. We would like a grant in order to pay some of our most pressing bills. We would like business rate relief for everybody. And the Minister will love this one because it will cost her nothing: we want her to get all the CEOs of all the major finance companies together in one room to discuss and formulate a code of conduct for dealing with the many operators who have been forced into arrears as a result of the pandemic and zero business.

“Our employees have been really well looked after through furlough and we thank you for that. But all that looking after will surely be wasted if after the pandemic there are no coach businesses left. And stop telling us that all these phoenixes from the flames will rise up and take the vehicles on that have been snatched back. You would be even madder than mad to want to contemplate opening a coach company at this time. And using your home as a guarantee against the finance you take out has got to be a thing of the past moving forward.

“In relation to PSVAR, instead of an early, strong pushback from the Government’s position that home to school should be included in the legislation, the situation has been allowed to fester on, until we reach the point now that we are only a few months away from its implementation and nothing has yet been amended apart from the Ministers statement that she understands our position. We are all for inclusivity, but do not use a sledgehammer to crack a nut. And the £25,000 for conversion is not something many of us can afford.

Next to speak was Neil Pegg, City Circle MD and Director at UKCOA, who outlined that the LTCOA was started in 1976 as a way for operators to look out for each other. Neil said: “In short, they had each other’s backs and that philosophy continues through to this day and into the new UK Coach Operators Association.”

He said that as the incoming tourism market changed, operators serving this area had to recast their operation. As a result, the Association changed to meet the changing nature of its members.

“The organisation has and always will be led by its members” – Neil Pegg, City Circle

Neil said: “Membership continues to grow from all over the UK and this has been the driver for the set change and rebranding to the UKCOA. The new name represents the diversity of the companies we represent and our ongoing involvement in the UK-wide coach industry. Recently we welcomed our 50th member: York Pullman. And further members have joined in recent days. The organisation already represents members with a combined fleet of over 1,500 vehicles and in addition over 2,500 employees. 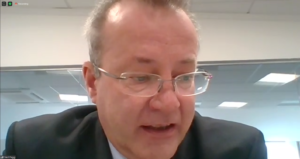 “Being a member offers so much more than value for money. Having someone in your corner that cares, that’s vital” – Neil Pegg

“The organisation has and always will be led by its members.”

With physical meet-ups disallowed due to the pandemic, the Association has organised online meetings, which have attracted record attendee numbers. These are expected to continue, in conjunction with in-person meetings when restrictions allow.

Neil added: “Being a member offers so much more than value for money. Having someone in your corner that cares, that’s vital.”

Kevin Wilde, MD at Mitcham Belle, said: “In terms of moving forward with the UKCOA, our intention is to work with our current industry partners and to develop new strategic contacts to aid and formulate decision making for our sector. Importantly, this will include other trade bodies as and where appropriate to give a true strength and in-depth approach.”

He continued: “We would like to approach things a different way, by asking what is the Government’s agenda for the coach industry?

“And the questions we ask and the points we raise concentrate solely on the coach sector.”

On what the UKCOA will provide for membership fees, he said: “Over and above the representation previously outlined, we will provide full operational crisis management, 24/7 emergency cover. We are also developing a compliance assistance section, to give operators ongoing support to make your life easier. Also, as part of our ongoing focus on the real issues facing the industry at this time and into the future, we have subcommittee working groups currently active on PSVAR, Section 19 and 22, with both legislation and enforcement; and the future of diesel, the Ultra Low Emission Zone, Clean Air Zones, alternative fuels and electrification.”

Looking after the social media and technology side of the UKCOA will be Anthony Marett of Marett’s Chariots and Don’t Travel Empty. He said UKCOA will concern itself with promoting the coach industry using social media: “We need to promote just how brilliant coaches nowadays are and also just how convenient they are. There should be much, much more publicity and we think we have got the ability to promote the coach services in the industry and if you think about just recently how much Government policy was changed by a footballer and Twitter, then you will get an idea of what we are thinking.”

“If you think about just recently how much Government policy was changed by a footballer and Twitter, then you will get an idea of what we are thinking” – Anthony Marett, Marett’s Chariots

Helping operators deal with the fast paced change in technology is another concern. Anthony said: “The coaching industry has been around for getting on 100 years. In the first 75 years, a few things changed, but not a great deal. The last 20 years, everything has changed. And we think that in the next 20 years, everything will change again. Some change will be for the better, some might not be. But it will change regardless of whether we want it to or not. And our job at the UKCOA is to be at the head of the curve and keep our membership at the head of the curve. And making sure we are part of the decision making process rather than reacting to it.”

Peter Bradley, Director of Administration at the UKCOA, outlined a special offer currently available, which provides a discount of £100 per applicant for personally introducing a new member to the UKCOA. This can only be used once.

There will be several levels of membership, with the minimum requirement being a valid O licence and insurance. There will be industry partners playing a part in the organisation in the future. Further announcements on this are to be made later.

Answering the question ‘How big do you think this organisation will grow?’, Neil Pegg said: “Every organisation must have its ambitions and they should be set as high as possible. I’d like to think that any growth we have over 2020 is replicated time and time again and is increased going forward over the next weeks and months with the launch of the new organisation’s name. 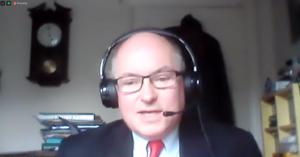 Peter Bradley answered: “We are not actually looking to replace anybody. It is up to membership to decide if they want to belong to one trade association or more than one trade association. All we are interested in is being able to represent coach operators in the best possible way. And it may be depending on what you do and the size of your company that you want to belong to more than one association and that is entirely up to you. We’re not here to dictate to you what you want to do or how you want to do it.

“And we will continue to work with other trade industries. And our views may differ and we can have an honest and forthright discussion on that. We can actually work together for the good of the coach industry. And that is what we will do.”