Ralph Bullock (Junior) died peacefully at home on 20 June 2019. He was 90, the same age as the Manchester-based company. 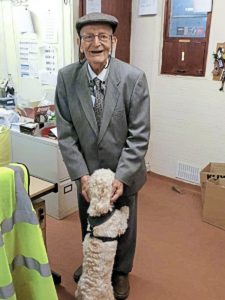 Apart from a period of National Service, and a year in Australia shortly after the end of WWII, he spent his entire working life with the family firm. The business had been founded by his father, Ralph Bullock, in the year of his birth, 1928. Ralph junior drove the firm’s wagons in 1944, aged just 16, such were their needs in wartime. After the nationalisation of that side of the business, Ralph and his late brother Geoff spent the following years developing the coaching operation, which became well known for its Foden content for many years.

A statement from Bullocks Coaches said: “Although he officially retired from the business in 2005, there was rarely a day when he wasn’t to be found at either of the firm’s depots, or at one or other of Manchester’s commercial vehicle auctioneers, just looking for a bargain. He was regarded as a true gentleman by everyone who knew him.”

The funeral will be held at St. Mary’s Church, High Street, Cheadle at 2pm on Friday 26 July, followed by refreshments at the Horse & Farrier pub in Gatley, which was a particular favourite of Ralph’s.