Alan White, founder and Director of small-coach dealership Minis to Midis, has passed away after a short battle with cancer. Alan was 65, and had planned to retire this year.

Alan began his career in the industry as a driver for Leon Motors of Finningley, near Doncaster, in the early 1980s. After a spell driving and working in heavy engineering, Alan became Transport Manager at vehicle converter Coachcraft of Doncaster. 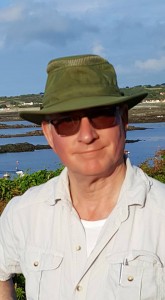 Alan then moved into the sales operation of Europa Coaches, part of the CG Whittaker Group until 1991, when the parent group failed, and then set up Autobus Classique with former colleagues, trading from Hellaby near Rotherham. Autobus cleverly filled a niche in the market with the well-loved Autobus Nouvelle midicoach.

Autobus was acquired by the Optare Group in 1996, where Alan worked as National Sales Manager, and on his promotion to Sales Director, oversaw the importation of Ferqui vehicles from Spain.

Alan had a brief spell heading the sales team at Esker, then established Minis to Midis in 2004, supplying Optare, Ferqui, Unvi, Caetano and latterly Noone’s Turas range and Otokar coaches.

Alan is survived by his wife, Kathryn, brother Steve and three sons, Paul J Gardner and Jamie White – who all work in the business – Tim White, and four grandchildren. The family-run business will continue to trade as normal.

Since Alan’s funeral, we have received the following reflections on his life from his wife, Kathryn. With her permission, here are her very touching words.

I am writing this with a grieving heart. it is broken and cannot be mended. My Husband Alan White, Founder and Director of Minis to Midis Limited, died peacefully on the 10th January 2018.
He had countless customers and associates within the coach industry and all who knew him would agree he was the most sincere, genuinely caring, respectful and dependable man you could ever wish to meet. Alan held everyone’s interests seriously and did his utmost to deliver assurance and peace of mind, a true gentleman to the core. Likewise his devoted family, the ‘Man with a Plan’ ensured our futures would be safe. We thank him from the bottom of our hearts.
As many of you will be aware I had worked alongside Alan since 1992 when he founded Autobus Classique, based at Hellaby, Rotherham, manufacturing mini and midi coaches, supplying conversions based on Mercedes-Benz 814D Vario and Sprinter through to coachbuilt product, the ‘Nouvelle’ and ‘Nouvelle 2’ midicoaches based on the Mercedes-Benz 814D Vario chassis, many still running today. The ‘Nouvelle 2’ being launched after the acquisition with Optare, becoming Optare CoachSales. I continued to work alongside my Husband until his illness began in 2017, 25 years, and we worked together so well.
The places he had visited and the people he had met during his 42 year involvement with the coach industry, all became a part of who he was.
Alan’s reflection was that he had had a good life filled with very fond memories, travelling the country from end to end, meeting interesting people along the way, building a successful business and subsequently creating jobs. Alan’s legacy will live on in both his Company and his Family, he strived and succeeded with his plans to leave everything in order, leaving nothing unaccomplished. What he could not plan for was this great tragedy which has taken him too soon and so undeservedly, being robbed of his retirement years and our future plans together. We must however carry on with what I know was part of Alan’s philosophy; ‘every day, do what you can as well as you can’.
I cannot refer to Alan in the past tense. He will continue to be my Husband, Truest Friend and Closest Companion, Confidante, Soul Mate. A tragic Loss of the Man I will always love for the rest of my days.
Myself and Family wish to convey our sincere gratitude towards all of those who expressed their wish to attend Alan’s funeral and pay their respects. It would have revealed the reality of the grief shared by so many and would have touched Alan’s heart. His true wishes and ours however were to have a close family gathering, reflecting the ‘family man’ he wholeheartedly was.
Our lives are changed forever.
Thanks again to you all.