Chesterfield-based Nova Tours has ceased trading, it has announced on its social media page, ending a 32-year history.

The coach touring specialist had been building its profile and added a new Yutong GT12 coach last year – the 500th to be delivered in the UK. It had an extensive touring programme throughout the UK and Europe. 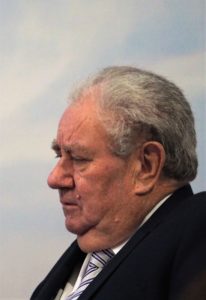 “It is with deep regret that we must inform you Nova Tours has ceased trading,” the company’s Managing Director, David Sheriff, said. “Nova Tours was covered by TRIP meaning every passenger will receive a full refund. We will be in touch with every single person that has booked with Nova Tours and we will inform you on how to make a claim. If we issued you a gift voucher in March rest assured these are covered under the policy.

“We would like to say that we know we got a few things wrong in March when the travel ban was first announced. We could never have imagined what was about to unfold; had we have known we would have acted differently.”

David said the company was inundated with cancellations amounting to 40% of bookings for the year when COVID-19 first arrived in the UK: “Then we had to contend with the travel ban. We completely understand why it had to be done; nonetheless it had a catastrophic effect on our business…we were down 100% on new bookings with no revenue coming in and being faced with an unprecedented amount of refunds to process…the reality is we are a small business and in the end we could not survive COVID-19.

“The cruel part being we had hugely invested in Nova Tours future and we were set for such a fantastic year.”

Another staff member told Bus and Coach buyer: “Heartbroken doesn’t come close.” David Sheriff specially thanked the hoteliers who he said “did their utmost to help us in those early days when they themselves were suffering. Your kindness and understanding makes us all so proud of this amazing industry.”