The Kings Ferry’s commuter services, started 40 years ago, have been closed after the pandemic causes commuting into London to plummet

The Kings Ferry has ended commuter services into London from the Medway Towns almost exactly 40 years after they started.

The iconic routes through the Kent towns were started by Peter O’Neill, founder of The Kings Ferry, who started with one Bedford coach in 1981, but within eight months, was running 19 coaches on commuter. Competition with the infamous ‘misery line’ train service was partly possible because the Medway towns had expanded ever further from the rail hubs near the coast.

A press release from MD Ian Fraser says: “It is with much regret that I have to inform you The Kings Ferry commuter service will cease operating on Friday 24 December. 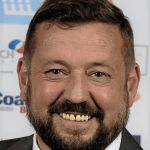 “This has been an incredibly difficult decision to make and has not been taken lightly. The ongoing challenges created by Covid-19 have reduced demand to such an extent that means our services are not commercially viable and unlikely to become so in the near future.”

The Kings Ferry, now part of the National Express group, along with other commuter companies such as Clarkes of London, says there is little hope of rescue during the current situation.

“There are no current plans to reinstate the service however we will continue to monitor travel patterns and if circumstances change in the future we will look at ways to reintroduce our commuter services,” said Ian Fraser.

The commuter services were established by Peter O’Neill after he noticed that, despite running below-par vehicles, the local Olsen brothers’s services had reasonable loadings. At peak, The Kings Ferry services through Gillingham, Sittingbourne, Rainham, Chatham, Strood and other points had more than 30 high-quality coaches committed to them.

In the last two years, since the pandemic, commuters have worked from home and deserted rail and coach services into central London.