HCT Group has gone into administration, despite desperate last-ditch attempts to maintain solvency.

The group which was formerly Hackney Community Transport was a Community Interest Company which absorbed any profits into a charity. By 2019, it ran more than 750 buses, with operations spread from London to the north west and even ran the bus network in the Channel Isles. It set out to prove that bus services run without a profit motive would better serve communities.

HCT began competing for commercial contracts in 1993, and over the following decade built up a large portfolio of operating companies. It became HCT Group in 2008, and began running the Channel Isles’ networks in 2012/13. 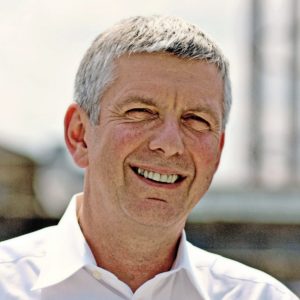 Under the same Chief Executive, Dai Powell, since 1993, the cracks at HCT began to appear in 2018, when it recorded £1.5m losses and claimed it had been victim of a ‘cyber attack’ which had wiped all of its financial records, with no copies retained. Auditors issued a strong statement of qualification signing off that year’s accounts, saying the record in the purchase of Powell’s Buses was incomplete.

In the same financial year, HCT sold off it Waltham Bus Garage for £6.65m to address debts, and a year later closed Manchester Community Transport (MCT) which it had acquired in 2017. Likewise Derbyshire Community Transport, which HCT acquired then returned to local ownership, having lost significant amounts of money on both acquisitions.

HCT’s CEO, Dai Powell, resigned in 2020, replaced by Lynn McLelland. By this year, it was clear that the debts could not be sustained, and HCT transferred and sold its Yorkshire operations, CT Plus and Powell’s Buses, its TfL operations to Stagecoach and its Channel Isles operations to Tower Transit and Kelsian Group, and shut down its community operations in Bristol.

Mark Thornton, Martha Thompson and Neville Side, all of BDO LLP, were appointed as Joint Administrators of the company last Friday 23 September and the company ceased to trade on the same day.