The Confederation of Passenger Transport is believed to be condensing its regional system to just three areas, and asking its current regional managers to apply for the posts. 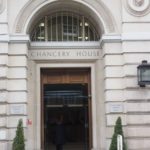 An industry insider said that all regional managers are now on consultation notice, ending 4 September, with a new regional structure based on traffic areas. The structure will absorb Wales into the West Midlands and South West, for example: “I believe that the CPT will become a lobbying and advocacy body, with operations moving further down the agenda,” said our informant.

Plans are being advanced to move out of the current, leased offices in Chancery Lane, with one possible location for the London office, the Society of Engineers building in Westminster.