A former Scottish operator who had applied for a new O licence has been referred by the Traffic Commissioner to Action Fraud – the government’s portal chasing down illegally-claimed Covid grants and loans.

James Kilpatrick had applied last August for a new O licence, against a background of Public Inquiries into his repute, maintenance and drivers’ hours infringements. His O licence had previously been revoked, followed by his driving licence. An O licence application in 2014 was refused on the grounds of his repute and financial standing. 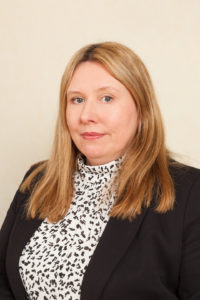 In the latest application, the Scottish Traffic Commissioner, Claire M Gilmore, had been asked by the applicant for more time to document his financial standing. It was during examination of that evidence that the TC found what she believes may be a fraudulent application for a ‘bounce-back loan’ for a business Mr Kilpatrick had not operated for years.

In her summary, the TC said: “This applicant has sought to hide behind trading names and obscure from sight his opportunistic exploitation of state-backed crisis funding arrangements for personal gain. He has obtained large sums of taxpayer-backed low-cost finding when he was not entitled to do so.”

Mr Kilpatrick told the TC that he had run a company called Phoenix Travel that had subcontracted vehicles for hire. He said it had last traded five years ago. However, providing documentary evidence, he revealed that he had obtained bounce-back loans for Phoenix Travel then transferred the money to another company, J Kilpatrick Coach Hire. Asked about the payments, he admitted he had obtained the money as grants from Fife Council on the basis that, although he hadn’t traded for five years, he had been looking for work. The J Kilpatrick Coach Hire account had been created in June 2020. Mr Kilpatrick said he obtained a bounce-back loan for that company, on the basis of forecast turnover, and bought a coach with the money, despite not having an O licence.

“The applicant told me he has been running an eBay business for many years, but it was now less profitable. He claimed that Phoenix Travel was still a live business but that was contradicted by his evidence that it had ‘not done very much’ over the last five years,” said the TC.

“Despite that, he had applied for, and been given…government grant funding to keep it afloat.” The TC continued: “Mr Kilpatrick applied for these grants under the trading name of Phoenix Travel, but then created a new trading name under which he proceeded to apply for the bounce-back loan…He was advanced the maximum permitted sum based on his projected turnover for his business.”

“The applicant’s evidence was that his new business was intended to supply transport service to Phoenix Travel. I did not consider it a coincidence that, had the applicant applied for the bounce-back loan under the trading name Phoenix Tours, that being a business established prior to 1 January 2019, he would have to provide details of his actual turnover.

“Standing my finding in relation to the probable profitability of Phoenix Travel, it is unlikely that the applicant would have been able to establish any basis on which he would have been entitled to a bounce-back loan. I find, therefore, that the applicant purported to create a new business solely for the purpose of applying for the bounce-back loan.”