YG Travel’s Jaya is ‘Woman of the Year’ 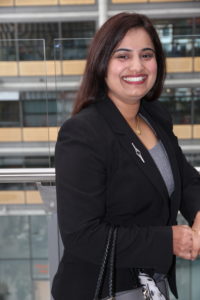 Jaya Sajnani, Director and Transport Manager at Wembley-based YG Travel, has been crowned ‘Woman of the Year’ at the 2021 Amazon everywoman in Transport & Logistics Awards.

Jaya appeared in issue 1591 (18 June 2021) of Bus and Coach Buyer, where she discussed her career progression from small Indian town to running her own coach operation. Under her leadership the company has grown rapidly and she now employs 15 drivers. Jaya was also singled out for her dedication to supporting other women via a non-profit platform she created to help women start their own business, encouraging them and equipping them with the skills needed to grow.

The Amazon everywoman in Transport & Logistics Awards celebrate individuals working in the transport and logistics sector, honouring and championing their achievements as well as showcasing them as role models for the next generation of female talent.

Other bus and coach professionals winning at the awards include Paula Jones, City Centre Supervisor at Brighton & Hove and Metrobus, who achieved the ‘Above and Beyond’ rank in the Customer/Passenger Award category.

Caroline Welch, Apprenticeship Manager a Go-Ahead London, was named a ‘Leader’ in the Warehousing Award.

Maxine Benson MBE, Co-Founder of everywoman, said: “We are delighted to announce the winners of the 2021 Amazon everywoman in Transport and Logistics Awards. The events of the past 18 months have heaped unprecedented pressure on our vital transport and logistics sector, but it has risen to the challenge keeping the country, its people, goods and services moving, even as we have undergone seismic change. This is in no small part thanks the skill, leadership, passion and dedication of its female workforce and we feel honoured to recognise them and celebrate their achievements.”