It has launched an advert to encourage more Scots to use their car less. 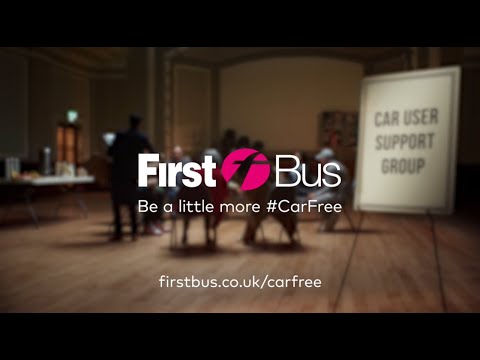 Duncan Cameron, Managing Director of First Bus in Scotland, said: “As we launch our Modal Shift campaign to encourage Scots to leave their cars behind a little more, I’d encourage frequent car users to consider taking the bus instead for their next journey. From saving money to reducing stress and our impact on the environment, there are so many benefits to discover – not just for themselves, but for the city of Glasgow as a whole. If we each made small, conscious decisions to leave the car behind more often, together we could transform our city’s congestion, air and noise pollution.

“It’s fantastic to see that young people in Scotland are finding the benefits of travelling by bus, and we hope that the recently introduced Free Bus Travel Scheme for under 22s will continue to build upon this trend, and set lifelong good travel habits.”