The 17-year-old bus enthusiast’s knowledge and passion for the industry impressed the operator’s MD, Phil Hitchen, who originally took him on to help clean buses for a couple of hours in the evenings.

However, Tobi’s encyclopaedic knowledge of the Stockport-based company’s school routes quickly became apparent, and he was soon assisting the Belle Vue operations team by updating route guides for drivers to include more landmarks. After taking his GCSEs in the summer Tobi, who lives in Offerton, Stockport, was given a full-time job with Belle Vue as a transport consultant.

His role involves route planning, training drivers in the use of new digital ticket machines and destination blinds, reconciling fare income and ticket sales, running the firm’s lost property store, and more. In time, he hopes to become a bus driver himself.

Phil said of Tobi: “He’s got bags of passion and desire. I’ve never met anyone his age with such ability and knowledge of buses.

“I had no hesitation in offering him a full-time job before he had even left school. We have very high hopes for him and look forward to seeing him progress with us to fulfil his great potential.”

Tobi is not the only youngster Belle Vue has taken on. Garage supervisor Reece Deakins joined as a school leaver and worked his way through the ranks, while other apprentices have won national awards and proved great assets to the business. Phil said: “We are committed to developing talented young professionals in the industry.” 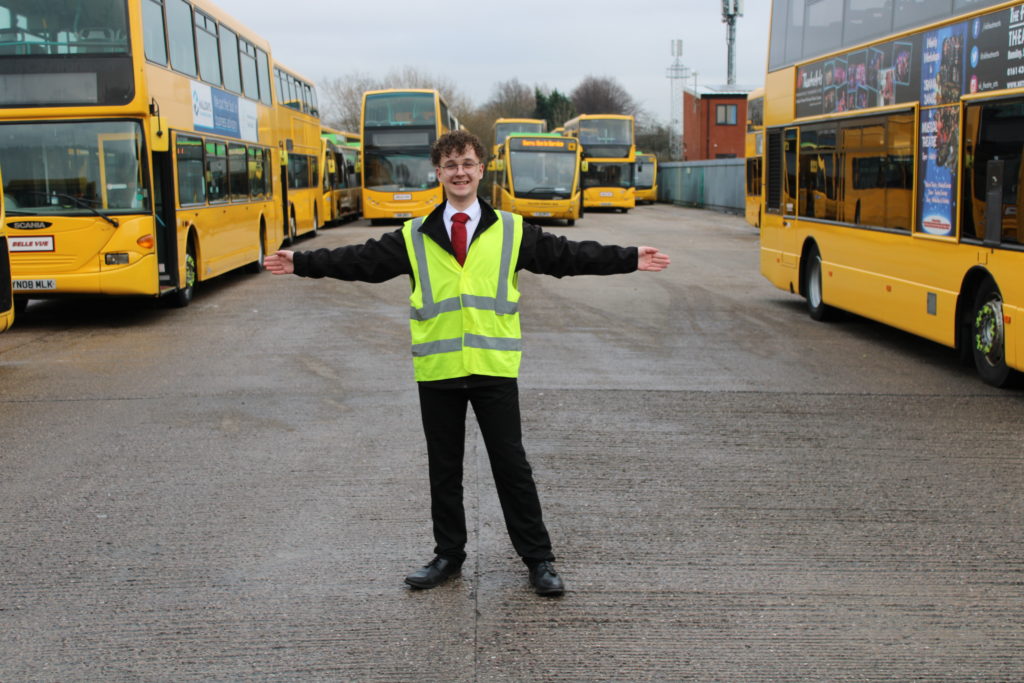 Belle Vue has meanwhile recruited two men to its valeting team through The Oasis Centre in Gorton, Manchester. Oasis helps the homeless, those struggling with alcohol or drug misuse and mental health issues, as well as asylum seekers and refugees. Callum Smethurst has joined as a full-time apprentice mechanic through Stockport organisation Pure Innovations.

Tobi said: “Since I was six or seven I’ve been taking buses to and from school, and got so interested in them that bus spotting became my hobby. I’d travel all around taking photos.

“I just love the bus industry and knew I wanted to work in it. I knew I had to start somewhere, so I was lucky enough to get a part-time job at Belle Vue when I was in Year 10 at school.

“When Phil offered me the full-time role I was thrilled to bits. I’m loving every minute, learning about the industry and helping the company to develop and grow. There’s a real family feel to Belle Vue and everyone is really friendly and helpful. Phil and the team have all been brilliant.

“When I pass my driving test and turn 18, I can apply for a bus licence. I’d also like to move into management in the industry, so the opportunity at Belle Vue is just what I wanted.”