Stott’s Joey is ‘Driver of the Year’

Joey Liversidge from Huddersfield-based Stotts Coaches has been crowned National Express ‘Driver of the Year’.

He took the title after swapping his uniform for race overalls at the PalmerSport track in Bedford to fight off competition from 20 other National Express coach drivers at the annual Driver of the Year showdown. 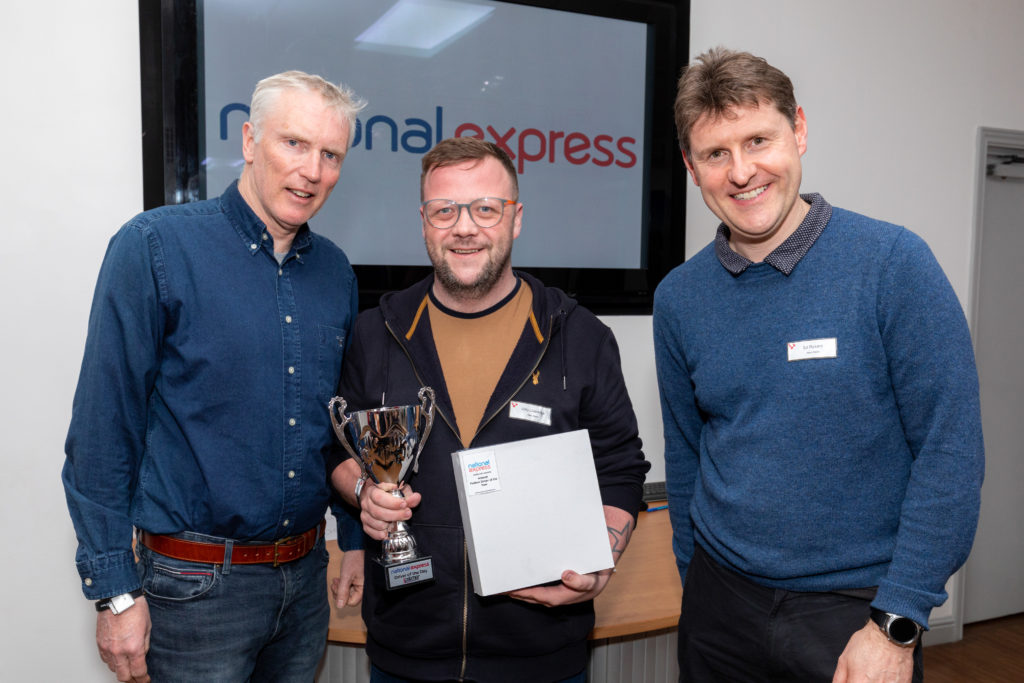 The Driver of the Year competition is an in-house event in which drivers can only compete if they have been awarded Driver Excellence recognition during the previous year. Driver Excellence is National Express’ driver recognition scheme that highlights drivers who have had outstanding professional work in customer service, safety and driving skills throughout the year. The event, sponsored by Addsecure, is a measure of each driver’s skills and knowledge, and involves five tests in high-powered sports cars.

Carl Stott of Stott’s Coaches said: “We demand high standards of all our drivers. Joey has been with us for three years. We’re proud to have him on the team and pleased he’s been recognised and rewarded in this way.”