Stagecoach has provided transport for a charity day out to help the Queen Consort decorate a Christmas tree.

Stagecoach has helped six children with complex, lifelong illnesses and their Roald Dahl Nurses to enjoy a festive day out at Clarence House through its community and charity ‘Giving for Good’ initiative.

The children, who are supported by Roald Dahl Nurse Specialists, were invited by Her Majesty The Queen Consort to help decorate the Christmas tree at Clarence House. As part of its ongoing support for the charity, Stagecoach provided two double-deckers with drivers Steve Mantaj and Jonathan Priest from its London team to transport the children and their families to Clarence House. London driver Michael Salt, who is a member of the Stagecoach Giving for Good Charity Committee, also accompanied the children.

Isaac (four) from Liverpool, Matthew (13) from Wigan, Eilidh (five) from Edinburgh, Addrib (eight), Arhan (four) and Mayann (seven) from London each attended the festive gathering with a family member and their Roald Dahl Nurse.

In The Queen Consort’s former role as The Duchess of Cornwall, Her Majesty was Royal Patron for Roald Dahl’s Marvellous Children’s Charity, who provide specialist nurses and support to seriously ill children with some of the most complex health conditions in the UK.

Before decorating the tree, the children and their families enjoyed a surprise visit from Father Christmas, before enjoying a festive lunch in the Dining Room at Clarence House. The visit ended with a performance by the Band of the Welsh Guards. 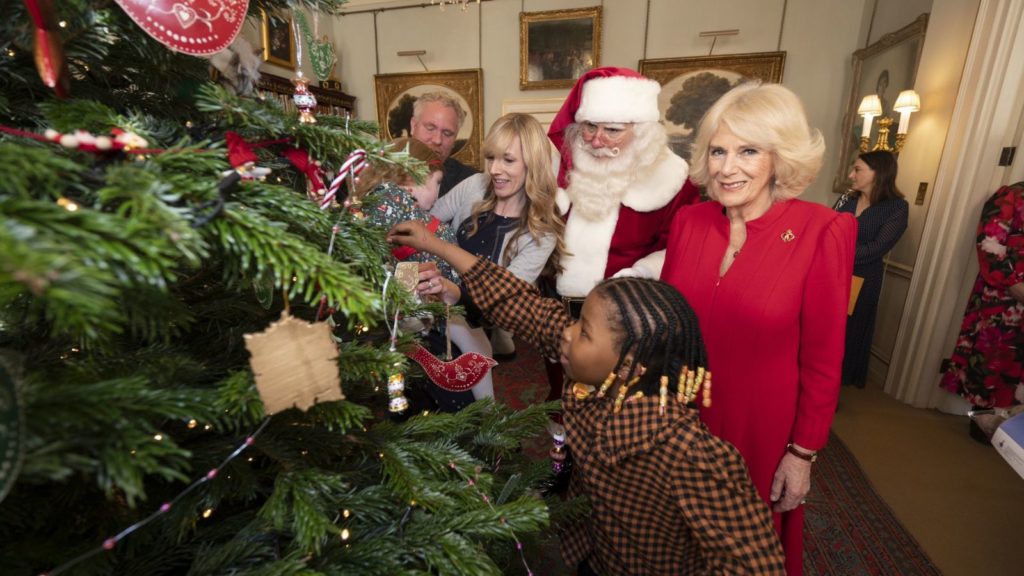 Stagecoach has an ongoing partnership with Roald Dahl’s Marvellous Children’s Charity as part of its Giving for Good initiative, which supports its commitment to donate 0.5% of pre-tax profits every year to charitable causes. It also has national partnerships with Missing People, the Trussell Trust and Happy Days.

Michael Salt, Stagecoach London driver and a member of the Stagecoach Giving for Good Charity Committee, said: “We had a brilliant day and everybody really enjoyed it. We had the bus specially decorated for the children and along with my colleagues Diane, Georgia, Steve and Jonathan, we tried to make it as special as we could for the children, their nurses and their families. It’s great to be able to get involved in things such as this and be able to make a real difference.”

As well as partnering with four national charities, Stagecoach has committed to supporting local charities via its Community Fund. For more information on Stagecoach’s Giving for Good Charity Committee, click here.