Friends and family of John Chadwick gathered in Southampton this week for a bus-naming ceremony in his honour.

His business is now under Go-Ahead ownership and named Bluestar. The company has unveiled one of its route 18 buses with Mr Chadwick’s name taking pride of place. 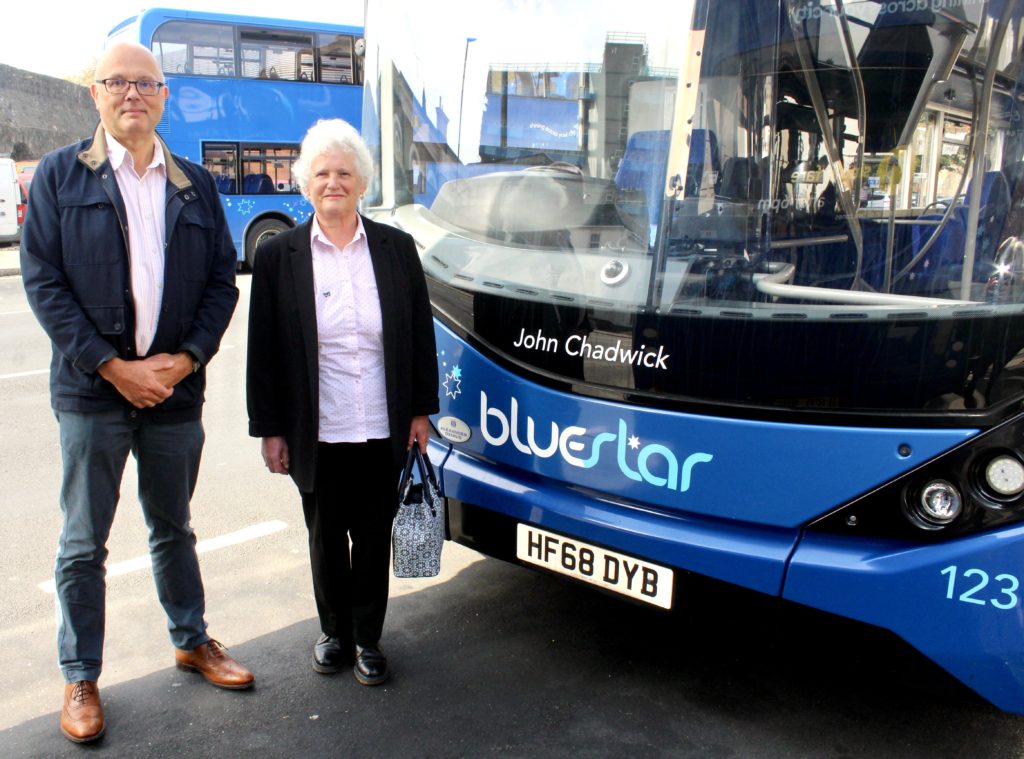 “It is great to think that the bus will following a route close to where John lived” – Bluestar managing director, Andrew Wickham

Bluestar managing director, Andrew Wickham, said: “Sadly, John passed away earlier this year, and is missed by all of those who are fortunate enough to have known him. Bluestar is now one of the region’s leading bus companies, and we have John and his colleague Peter Shelley to thank for its existence. As the current custodian of Solent Blue Line’s successor, I am honoured to be attending the unveiling of this very special bus in the presence of John’s widow, Frances, and many of his friends and former co-workers.

“It is great to think that the bus will following a route close to where John lived. And it will be wonderful to see it transporting the many people who rely on this service across Southampton. I feel sure he would be proud of the progress we have made as a bus operator since his inspired decision to create Solent Blue Line 30 years ago.”

Solent Blue Line co-founder, Peter Shelley, added: “John had a long and highly regarded career in public transport. When we met and set up Solent Blue Line, we both believed that by putting the passenger first we could build a thriving business which lives on in Bluestar today.”