Director, Martyn Statham, told Bus and Coach Buyer: “It is a sad day after so many years of trading, but we weren’t in a position to trade again. For many years the PSVAR situation was not an issue, we knew service buses had to carry wheelchairs if requested, but no one ever thought about it until late last year. It was announced that the PSVAR rules were coming into force in January this year. We have no PSVAR buses, so were struggling then. Luckily the extensions took us up to the end of term this year, but with needing to replace all the vehicles and COVID-19 we decided that enough was enough.

“These are hard times for operators. If it wasn’t for the PSVAR we would have carried on. It’s a shame that lots of companies will close down when probably 99% of the buses won’t actually use the wheelchair spaces, and I don’t know how the pupils and parents are going to feel about operators putting old service buses on for work they had previously done with coaches, all be it old ones. Time will tell.” 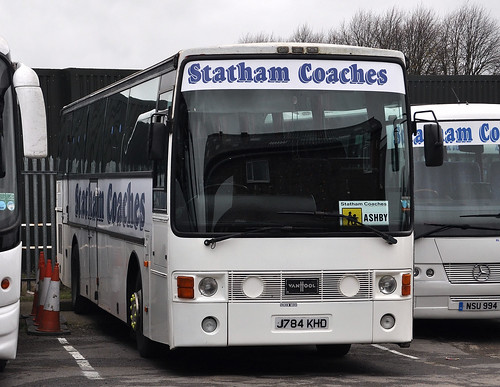 The closure affects four employees, two of which have found alternative employment driving lorries. Martyn says he will continue in the bus or coach industry, taking on a driving role.

Statham Coaches operated from rented parking space from another company.

A post on the operator’s Facebook page said: “Sad day today, we stopped trading on the 31st July 2020, COVID-19 and the PSVAR changes has made it financially impossible for us to continue trading, many thanks to all of our customers who have supported us, and to all of the friends we have made over the years, all the very best to you all.”

A stream of emotional responses came in reply to the Facebook announcement, including one from Honk for Hope organiser Jenna Rush: “Such sad news. Thinking of you at this awful time from North East Coach Travel.”

Neil Jones from Jones International Travel said: “Saddened to hear this, and through no fault of your own. It’s devastating. Best of luck for the future.”

The company was directed by the Stathams: Norma, Martyn and Neil. It has a licence for six vehicles.