Rikki battles to be heard

Group 10 Coaches owner, Rikki Wilson, is shocked that his previously viable business could face collapse without Government assistance. Here is a preview of Bus and Coach Buyer’s interview with Rikki – full version in this week’s issue

Rikki Wilson‘s face may be familiar to some readers as he appeared on the BBC’s The Politics Show explaining the difficulties he and many in the industry are facing. He contacted his local MP, Newcastle’s Chi Onwurah, who took the question to the Houses of Parliament and asked the Prime Minister whether the coach industry will get similar support to what Northern Ireland’s operators are receiving.

After being listened to by Boris, who answered mentioning buses rather than coaches, the Prime Minister asked her to write to him with details of the company’s needs.

A written answer is still being awaited. In the mean time, things are still tough for Rikki as his company, Group 10 Coaching, has not been able to access the Coronavirus Business Interruption Loan Scheme (CBILS). Like many operators throughout the country, he has personal guarantees in place. If his business collapses, the consequences are dire. He is a man that just does not know where to turn. 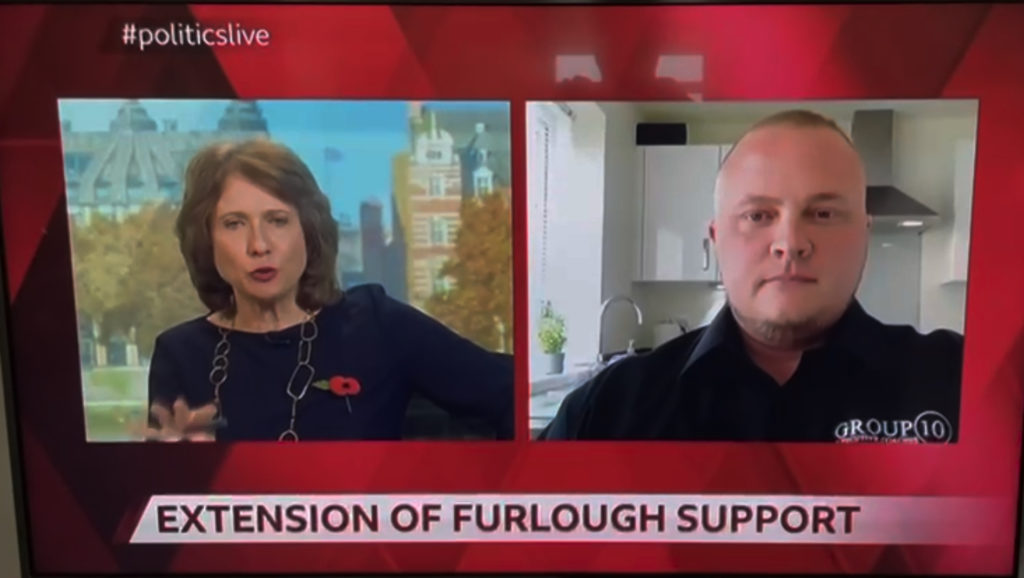 Speaking to Bus and Coach Buyer, Rikki said: “They announced the Bounce Back facility, so I thought we may as well go for that. I thought £50,000 isn’t going to butter many parsnips but at least it’s something. We thought more support would follow in terms of grants and nothing did. That was the point I contacted our local MP.”

Rikki not only contacted his MP, but wrote to the Prime Minister, emailed Parliament, took part in Honk for Hope and went on a local radio show to tell people about his and the rest of the industry’s predicament.

“Above and beyond the furlough scheme, I got access to a Bounce Back loan of £50,000. My usual overheads are more than that a month.”

“I’m just at a complete, total loss as to what to do”

He continued: “If the company was to collapse tomorrow, my personal Director’s guarantees get activated. I’ll get chased personally for the debt. I’m just at a complete, total loss as to what to do.”

Rikki says that Group 10 Coaches was a viable business and if it was not for Covid-19, it would have continued to be. He said: “But with this situation, people don’t know if they can travel, the borders are closed. I don’t do any home to school whatsoever. So for me, I’ve lost 100% of my income since the coronavirus.”

Rikki would like to see a similar system as they have employed in Northern Ireland for funding the coach sector.

“Northern Ireland have hardly kicked up any stink and now they have been given the support. What do we have to do to survive?”

“Northern Ireland have hardly kicked up any stink and now they have been given the support. What do we have to do to survive?