There will be a strong pre-war theme to the Friends of King Alfred Buses (FoKAB) events taking place as part of Winchester Heritage Open Days on 10 and 11 September.

FoKAB has announced that its 1935 Albion Victor coach AAA 756 fitted with rare bodywork by E.D. Abbott of Farnham is expected to be the star of the show on both days, alongside its more elderly and better-known depot mate the Dennis 18-seat bus OU 9286 which dates from 1931. 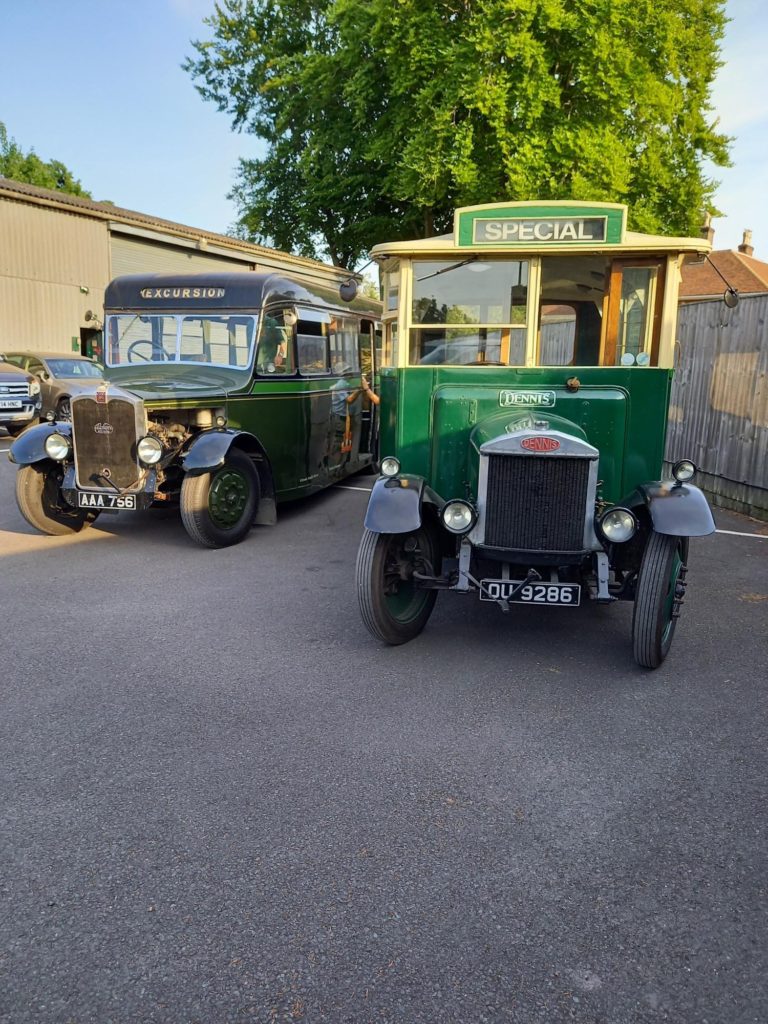 Both vehicles will feature with the rest of the fleet in Saturday 10th’s open air display at the Cattle Market car park in Worthy Lane, Winchester not far from Winchester railway station. They will also be giving free rides on the Sunday along with other preserved King Alfred buses in the time-honoured way, starting from the Broadway beside King Alfred’s statue.

FoKAB’s secretary, David Morgan, said: “We are really delighted to see the return to service of the Albion after extensive work that has seen the engine removed and refitted, now with a self-starter. It is many years since we gave the Dennis a self-starter and the Albion has been needing this treatment for some time. In today’s traffic conditions, having to step out and swing the starting handle is not ideal. Now all it needs is the touch of a button.”