Shearings Leisure Group has appointed Richard Calvert as its new CEO. The appointment follows the departure of Denis Wormwell at the end of 2016 to pursue a non-executive career. Richard will join the company in spring 2017, with Gary Speakman, Chief Finance Officer and Deputy CEO, continuing to lead the business on an interim basis until then. Last year, the 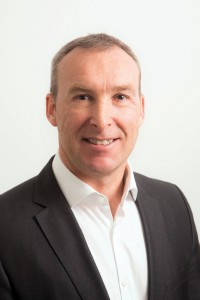 Group, which is backed by Lone Star, announced its third successive year of growth in revenues, profits and passenger numbers on the back of strong demand for UK holidays.

Richard is currently President and Chief Executive Officer of US based global holiday company, Celebration Travel Group, which specialises in providing holidays for family occasions, weddings, birthdays, anniversaries and all inclusive trips. He previously held senior leadership roles at First Choice, Tui Travel and Thomas Cook, where he was UK MD of Mainstream Tour Operations. He joined private equity backed holiday group DestinationWeddings.com in the US in 2012, which became Celebration Travel Group in 2015.