Over the bank holiday, Midland Classic of Burton upon Trent celebrated two anniversaries with heritage vehicles running over two of its routes. On the Saturday, the focus was on the service 21 between Burton and Swadlincote that marked the company’s entry into stage carriage operation 15 years ago while the Sunday celebrated the 95th anniversary of the founding of the Stevensons bus company in Spath near Uttoxeter. 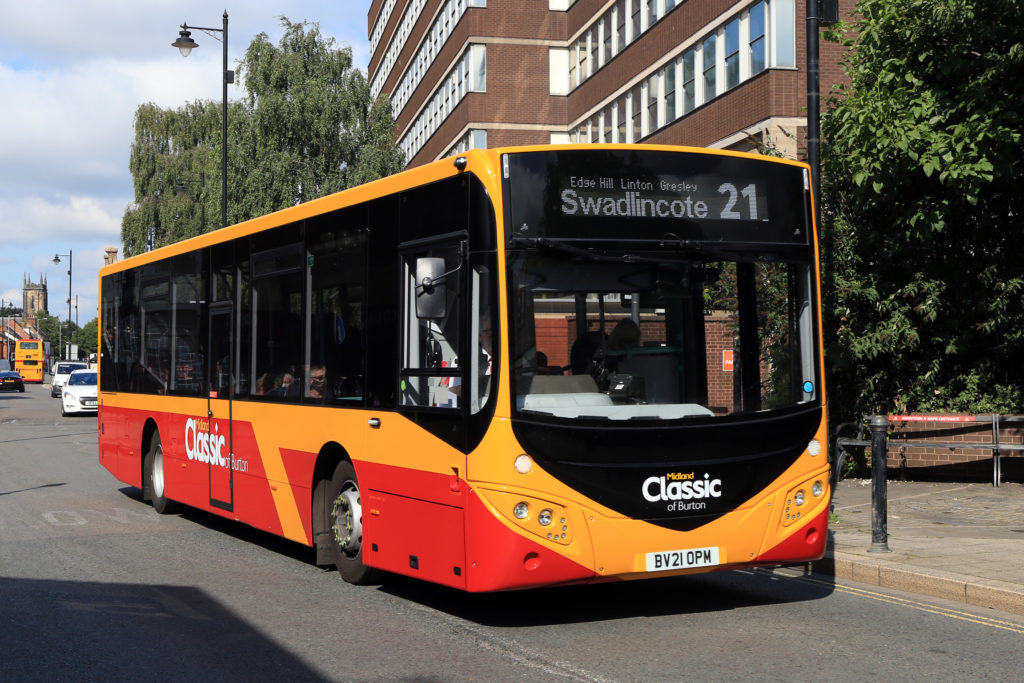 Midland Classic’s newest vehicle, an MCV EvoRa bodied Volvo B8RLE was diagrammed for the regular 21 service that was maintained alongside the free heritage service Picture captured by David Cole

Bus operations around Burton have undergone several changes of ownership since the regulated era where Midland Red operated most of the services to the east of Burton, Stevensons those to the west and Burton upon Trent Corporation, later East Staffordshire District served the town itself. Stevensons made headlines in the 1980s when it acquired the municipal operation. A few years later the Midland Red Swadlincote operations were acquired as part of the buyout package for the Midland Red East (Midland Fox operation). Stevensons later passed into British Bus ownership, subsequently Arriva. Midland Classic acquired the Arriva Burton depot and most services in 2016 making it now the pre-dominant operator in East Staffordshire, South Derbyshire and North West Leicestershire.

Heritage services across the weekend were provided by restored vehicles from Midland Classic’s own fleet and privately owned vehicles, many with a connection to the area. 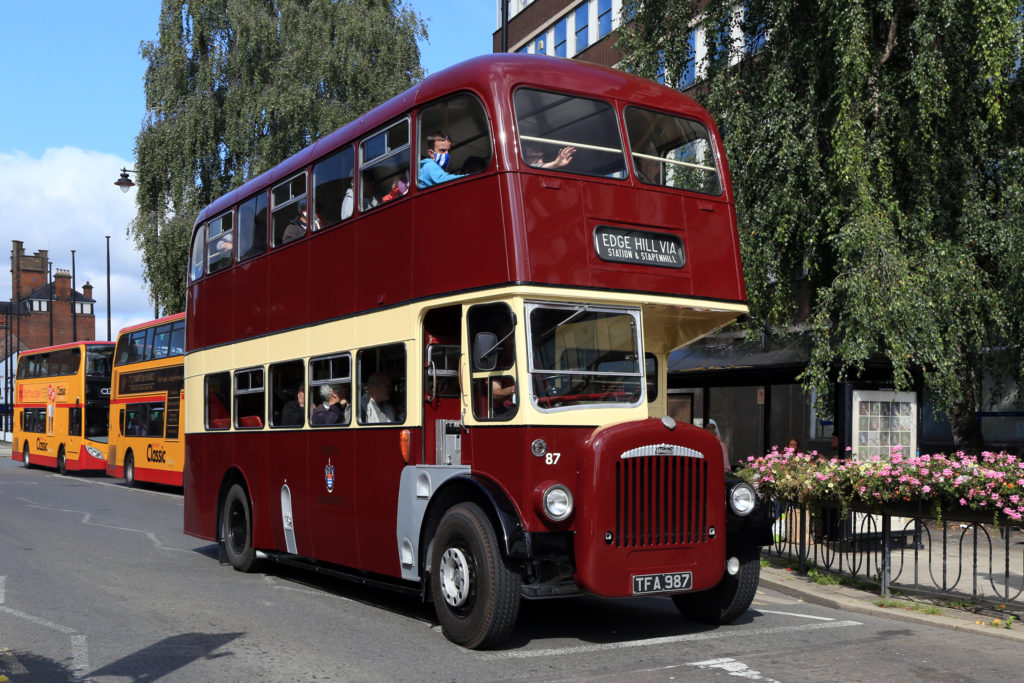 Burton on Trent Corporation continued to specify traditional half cab manual gearbox double-deckers until the mid-1960s. This restored Daimler brought back many memories for older people out Saturday shopping in Burton
Photo by David Cole