Mellor is to launch an all-new range of single-deck battery electric buses for 2022, as the company aims to move into previously untapped bus markets. The new multi-variant range is expected to include an extensive choice of lengths, widths, operating ranges and gross vehicle weights, with further details due to be announced in December 2021.

The new range is anticipated to be the widest range of battery-electric buses from any manufacturer in Europe, according to Mellor. The manufacturer says the development will substantially broaden its appeal with a larger range of vehicles, offering increased operating capability to customers while maintaining Mellor’s core principles of producing both size- and cost-appropriate buses. 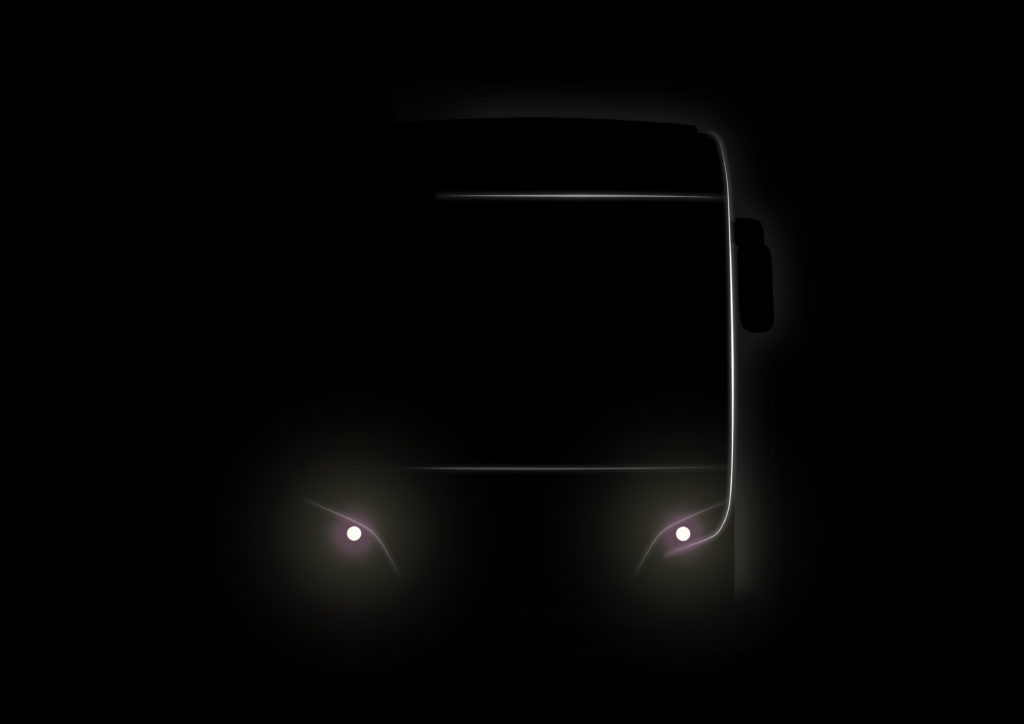 The only image of the new range so far is this one, leaving much of the design details of the vehicle in the dark

The news follows the announcement in October of Mellor’s ambitions to reposition the business from 2022, with subsequent plans revealed for the opening of a new Mellor (Scarborough) facility next year (see issue 1601, 5 November 2021).

Mellor announced last month that it intends to develop as a major player in the UK and European bus markets with a focus on people, technology and facilities central to the company’s ambitions. And, Mellor’s Bus Division Managing Director, Mark Clissett, confirmed this week that the company is to launch a new product range, saying, “…we’re about to see a step-change in our product range and embark upon a new chapter in the recent history of Mellor.”

The new electric bus range is the culmination of the wider capabilities of Woodall Nicholson, Mellor’s parent group company, having seen development through investment over recent years. The product announcement is part of Mellor’s repositioning plans to address increasing customer demands for zero emissions buses, to provide both technical and commercial solutions outside the current traditional thinking of many bus suppliers.

“We’re very excited indeed about our new electric bus range,” said Mark Clissett, “a bold move which we believe will shake-up the UK bus market and deliver a fresh new business proposition for operators. Our new electric bus range will provide a genuine alternative for customers, with the widest range of models currently on the market today.

“Our focus has fallen on people, technology and facilities and we’re bringing all these aspects together now as we gear-up for an exciting 2022.”