We catch up with John Wales, the Coach Tourism Association’s Chairman who has been in post for barely a year, but already sees a bright horizon for the organisation

John Wales is in sparkling form, bristling with enthusiasm as the new(ish) Chair of the Coach Tourism Association.

He’s familiar not only with the CTA but with just about every operator member, so although he intimates there’s a hint of trepidation I’m pretty sure he’s on home turf. He follows in the footsteps of Albatross Travel’s Managing Director, Denise Bridges, who helmed the CTA board adeptly despite the heavy demands of her tour business. 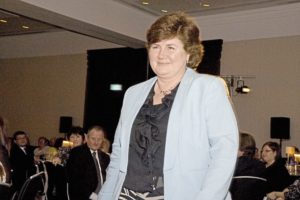 John Wales has an advantage over Denise – Encore Tickets is, for him, a done deal and he exited the CEO’s post, leaving it in great shape, this May. John has only a 1 ½-day executive role with Encore and a little more time on his hands these days, he tells me as we settle to chat in The Cairn Hotel in Harrogate, where the CTA is about to hold another of its pre-Christmas social events.

John’s roots in the travel industry go back a long way, to Townsend Thoresen – the ferry company which suffered the catastrophe of the Herald of Free Enterprise, when in 1987 it rolled over in Zeebrugge harbour with the loss of 193 lives. John remembers the day still, though by the time of the disaster he was at Southampton Tourism, as its Tour Operations Manager.

A succession of managerial roles followed, directing him into London with Planet Hollywood and a stint running the Applause ticket agency until it was sold to the Air Miles Group and, in 2000 with Ashley Herman, he co-founded Encore Tickets. Membership of the Coach Tourism Council, as it was then, was an essential, he says.

John is innately shy and modest but justifiably proud of Encore – a company which now employs 160 people and has gone through two rounds of private equity funding to grow. Its name is familiar to every coach tour operator. But he’s ready for a new challenge, and says that when Denise decided she’d ‘done her bit’ for the CTA, he was ready to step into the spotlight.

“I knew it was happening at the end of last year, and the timing was perfect for me. I was voted into the CTA CE’s role in February, and it’s a day a week for me which I’ve already begun to enjoy.” The CTA is going through a period of change, and its new big news will be the announcement of a new Communications Director – a new role to replace the previous press officer. 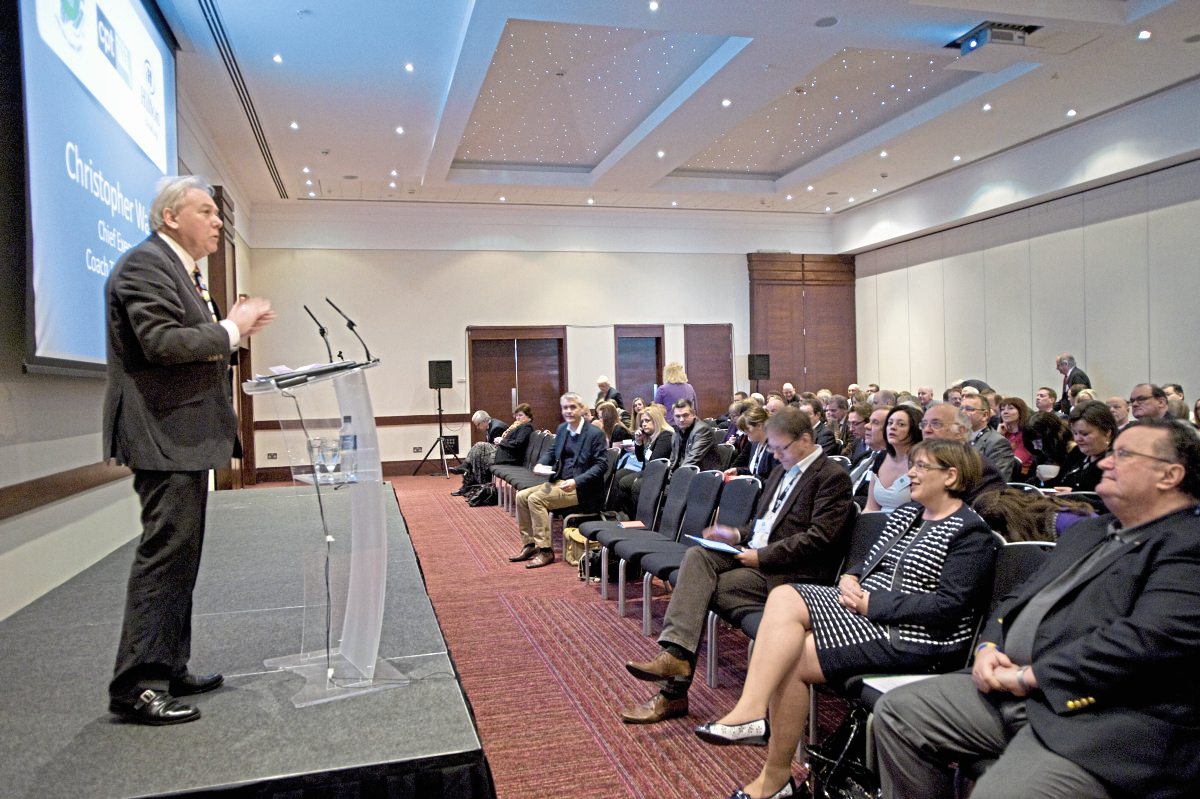 Operator members told the CTA board that the events are a major attraction of membership.

“The role is communications with the press and internally with the members.”

“We’ve had a survey of the members’ views of the CTA, and now have a better idea of the aspects of the CTA they appreciate most.”

“It’s the annual conference, the commercial aspects of the event and the networking, they tell us. In the latter respect, the CTA is unique, in that the vast majority of coach operator members share best practice and information, something made possible by the fact that few of them compete with one another; they each have a geographic niche.

“Myself and the CTA board now have to set up a programme of benefits during 2019, with the ultimate aim of getting more coach operators to join. I was particularly pleased at the last board meeting to see that, of the 12, seven were coach operators; it’s very important that we begin this process by ensuring our existing members are happy with the benefits of CTA membership before we grow the organisation.”

John says the CTA will still have a role externalising the ‘Cinderella’ industry that is coach tourism, and correcting the misconceptions about it which have persisted for decades. He says the industry can’t depend on the national media to do much except perpetuate the myths, but at grass roots level with the help of members, it stands a fighting chance of getting coach holidays into the psyche.

“That’s essential but it’s no longer the primary role of the CTA to punt PR into the national press.”

“The CTA got coverage for its events, but it was never about the coach and almost always about the destination.”

“We recognise that the local media may be better for our coach operator members.” 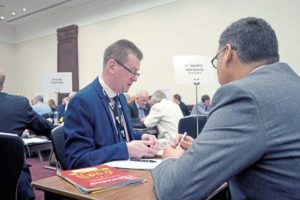 “So that work will continue, but now by assisting members in promoting holidays by coach. The CTA must also deliver tangible, measurable benefits to its members. It’s still amazing value for money and our subsidised events will help build that incentive to join. I have to say that Steve and Sue Rooney’s membership and events work since they started has been first class – they’ve brought professionalism to the way we operate – it all runs like clockwork.”

John says the industry is still the ‘coal face’ of group tourism and is probably more in touch with change than the attractions: “For example, the ULEZ in London.”

“I really don’t think the London attractions realise the downturn in groups business that is coming their way next year.”

especially school groups which, one way or another, will not be able to afford the additional costs operators must pass on to them.

“In a sense, ULEZ has the potential to exclude poorer school children from arts education; we must remember that plays such as the Woman in Black are on the national syllabus.” 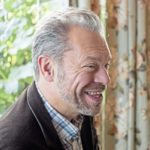 John is also keen that members benefit commercially from CTA membership: “That badge on your coach should say ‘we’re the professionals’ and be something GTOs look for because they know CTA members have the right vehicles and the right deals.”

There’s a danger, says John, in the CTA becoming more ‘corporate’: “My aim will be making the a 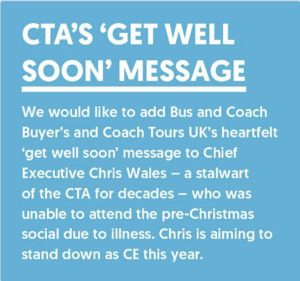 ssociation relevant and attractive, but while having fun; our coach operator members are mostly family businesses, and don’t want to be bound up in corporate process.”

The CTA’s evening social is beginning to beckon as we wind up the interview. Members have already spent the afternoon at Markenfield Hall, a remarkable home with medieval foundations, just north of Harroagte. This evening it’s dinner for the 90 members who have come which will, inevitably, culminate in a long session of networking. Tomorrow, Castle Howard is waiting to welcome them.

“It’s really important that we build on what we have now,” says John. “I’m really looking forward to the challenge, but the CTA is already a really solid and good organisation; it has the potential to be better still and has plenty of growth opportunities. This industry is a personal passion. I enjoy it.”