Coach and bus operators and the wider transport industry is marking the Remembrance period in a host of different ways.

TfL has put in place 20 specially designed poppy roundels at 20 Underground, Overground and bus stations across its network. Poppy flags are flying at TfL piers with giant poppies wrapped around selected London buses. All London stations will fall silent at 11am on 11 November to honour the sacrifices of the Armed Forces community past and present. On Remembrance Sunday (13 November), members of the London Transport Old Comrades Association will once again participate in the National Service of Remembrance and RBL’s annual March past the Cenotaph. 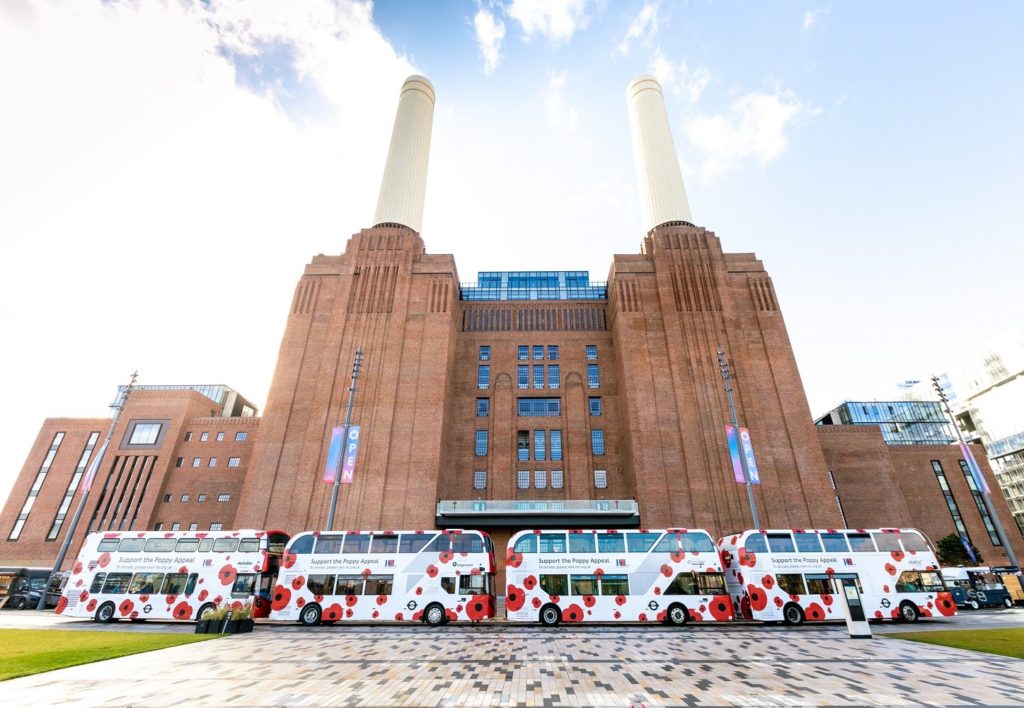 Arriva is offering free bus travel to past and present members of the Armed Forces on its services throughout the regions on Sunday 13 November. 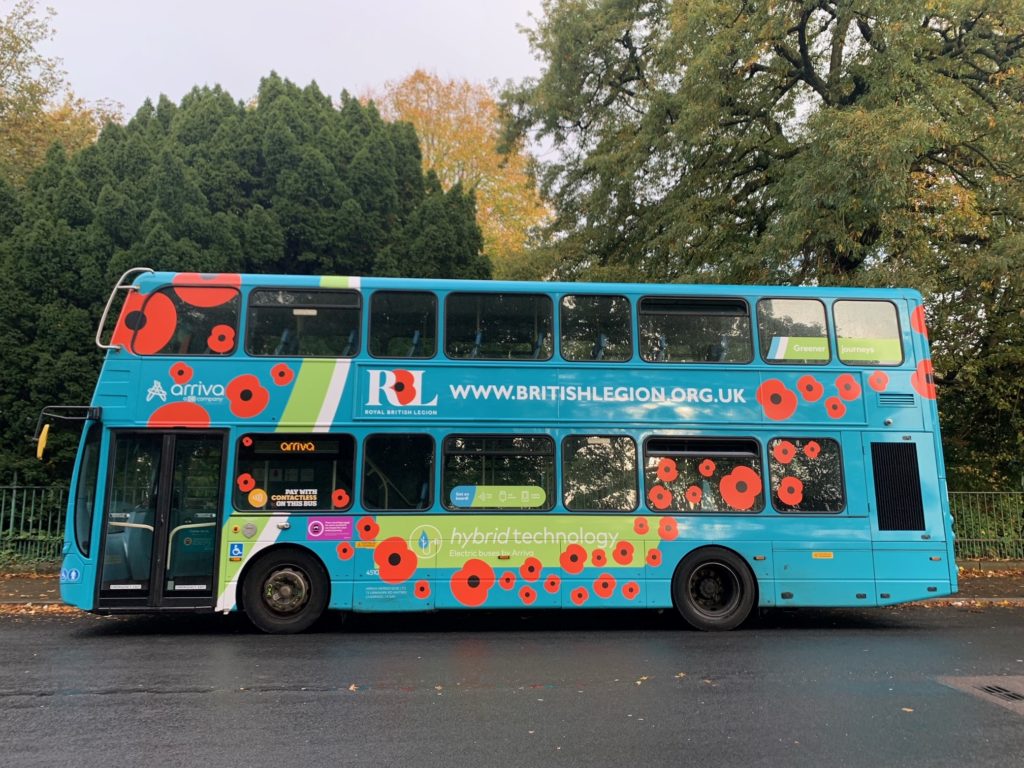 Free travel will be valid on Stagecoach bus and tram services right across the UK on Armistice Day and Remembrance Sunday. The operator has confirmed its ongoing commitment to the armed forces by extending its new policy of free travel for veterans and military personnel to include cadets who wish to attend remembrance services. 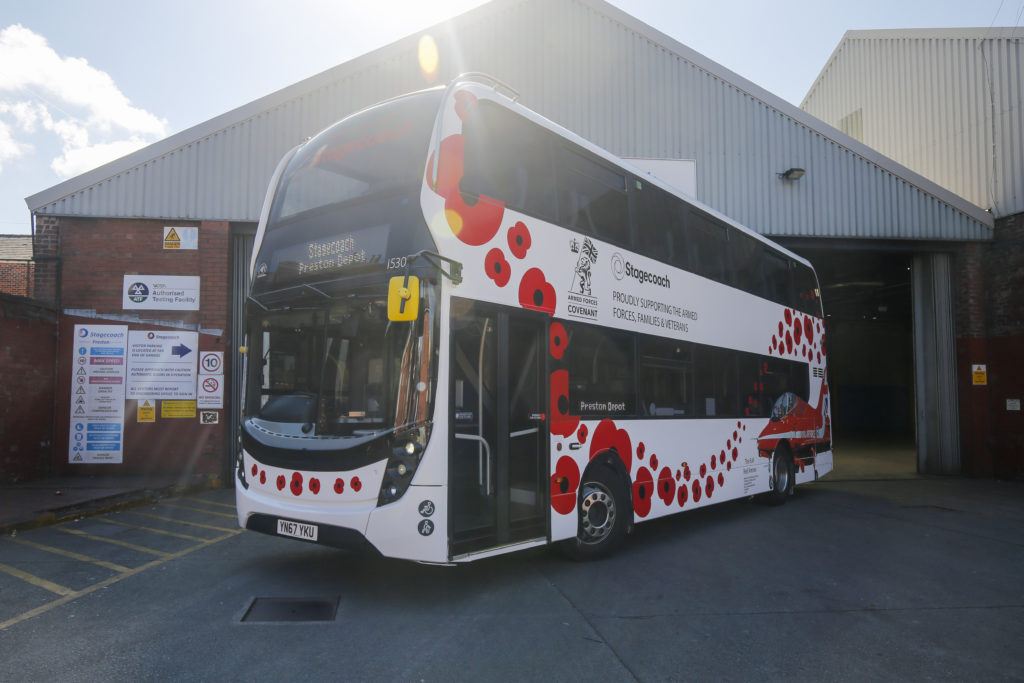 Lothian has unveiled its newly designed ‘Poppy Bus’ as part of Edinburgh’s Poppy Day. The bus’s livery was designed by Lothian’s in-house graphics team. It was unveiled on Waverley Bridge by two of Lothian’s ex-armed forces colleagues and representatives from Poppyscotland. 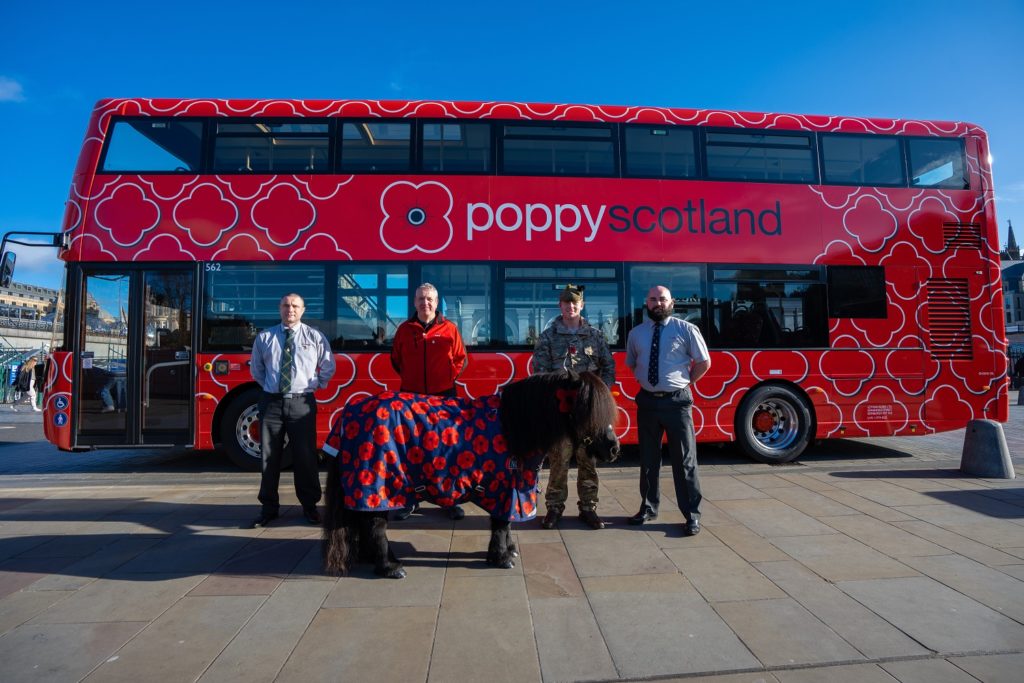 Colleagues across Lothian will also take part in the nationwide two-minute silence on Armistice Day and Remembrance Sunday. Colleagues who have served in the armed forces will be invited to wear their veterans’ ties while on duty as a mark of respect.

Transdev Yorkshire’s buses across the North are being adorned with large commemorative poppies. 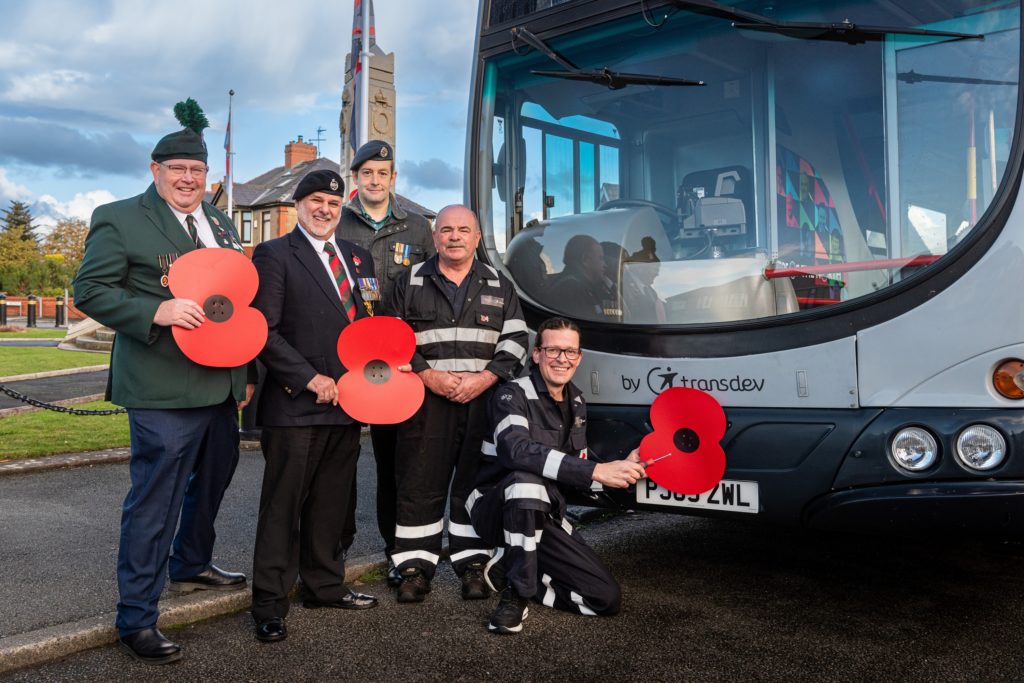 National Express has continued its support for the Royal British Legion in the Poppy Appeal.

This year, the company has sent three coaches to RAF Cosford to help transport its cadets to Birmingham city centre to join in the collection. Fundraising efforts are also taking place across the network with a poppy collection at Manchester Coach Station, and red poppy vinyls installed on National Express’ entire coach fleet to help raise further awareness. 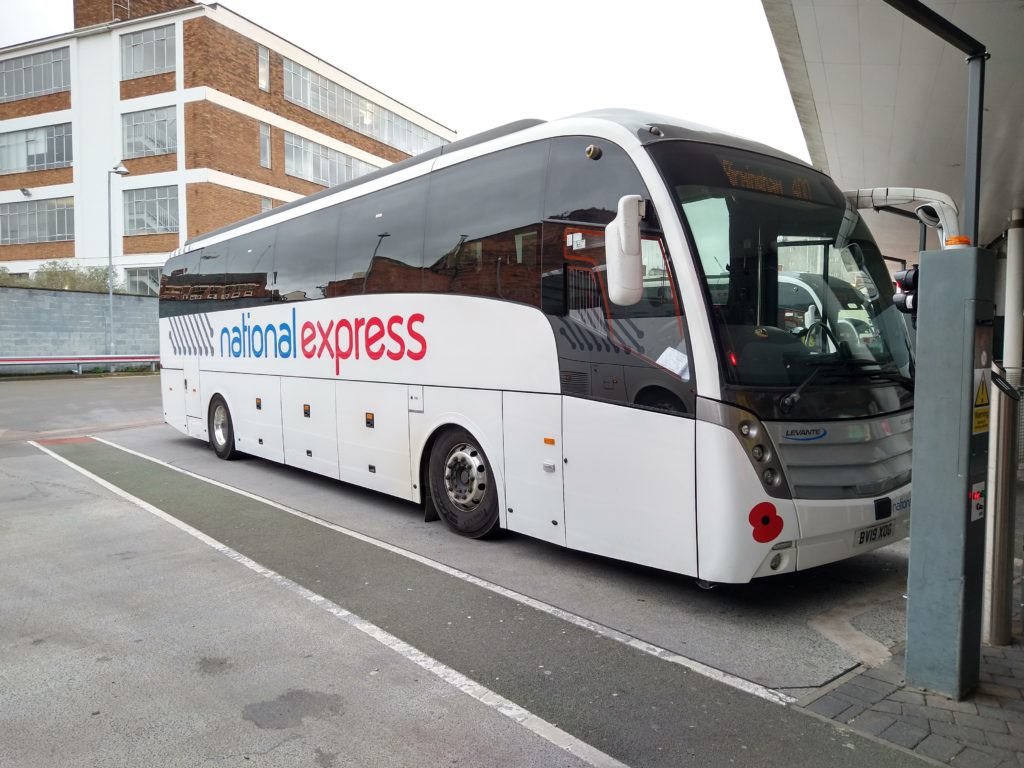