Hunts Coaches is to pay tribute to a former driver, Denis Arthur Cox, who recently passed away.

Denis passed away peacefully on 25 February 2021 aged 70. Denis, originally from Sheffield, worked as a coach tour driver for Shearings and Wallace Arnolds before joining the Hunts Coaches family. Denis married Joan in 2006 in Paignton. They moved to Spain and Denis still had his hands firmly on the wheel as a delivery driver. When they returned to the UK Denis started to work for Hunts in April 2008 until he retired in August 2019.

A statement from the operator said: “Denis was a loving, caring, gentle giant with a great sense of humour. One of our tour’s passengers said ‘Denis was first class’ and ‘had many holidays with Denis, always a pro’.

“To the many friends and family, we wish that the loving memories of Denis comfort you.” 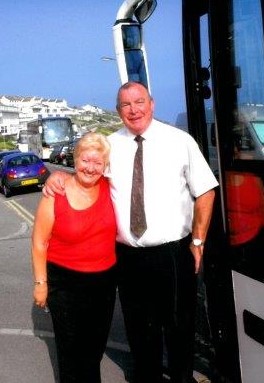 As a mark of respect due to the current funeral attendance limits, the Hunts team will stand outside the depot on Station Road, Alford, as the funeral possession passes just before noon on 23 March 2021.