Buses are to play their part in the Government’s Net Zero Strategy. However, CPT stresses that targets for making this change over to more public transport are absent from the Strategy. 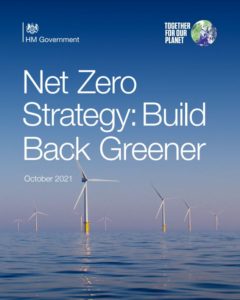 Part of the Government’s aims in the Strategy is to increase the share of journeys taken by public transport, investing £3 billion to transform bus services. The money is planned to be used to create integrated bus networks, more frequent services and bus lanes to speed journeys. As part of its plans to transform local transport systems, it aims to have 4,000 new zero-emission buses and the infrastructure to support them in place.

The Government reaffirmed its commitment to the National Bus Strategy announced earlier this year. This aims to make buses more frequent, more reliable, more comprehensive, easier to understand and use, better co-ordinated and cheaper. It believes this will dramatically increase passenger numbers and reduce congestion and carbon emissions. It has pledged to support delivery of 4,000 new zero-emission buses, either battery electric or hydrogen, and the infrastructure needed to support them. it also doubled down on plans to deliver the All-Electric Bus City project in Coventry, which has been awarded £50 million to fund up to 300 electric buses and their charging infrastructure.

The Government announced it is consulting on the phase-out date for the sale of new non-zero-emission buses and coaches. Consulting has already begun on a date for this for buses, with the same for coaches set to follow.

Commenting on the Government’s Net Zero Strategy, a spokesperson from the Confederation of Passenger Transport (CPT), said: “The Net Zero Strategy rightly recognises the importance of more journeys being made by bus and coach instead of by car, but we must not underestimate the scale of this challenge and targets for this switch are noticeably absent from the strategy.

“The Committee on Climate Change say we need to see one in ten car journeys made today made by bus by 2030 to reach Net Zero. This requires action now to begin to change peoples’ behaviour. Buses can be made a more attractive option given greater priority in road space allocation via the ongoing Bus Service Improvement Plan process and sufficient funding at next week’s Spending Review to match the ambition to put buses at the heart of transport networks.”

Urban Transport Group Director, Jonathan Bray, said: “It’s good to see that the Net Zero Strategy makes decarbonisation a central goal of transport policy, reiterates the key role of modal shift to active travel and public transport and that the pace of decarbonisation of vehicle fleets is quickening. Also welcome is the intention that Local Transport Plans to make a comeback – with a strong decarbonisation focus.
“In many ways the Strategy is not surprisingly a reprise of the recent Transport Decarbonisation Plan and like that Plan it is dependent on the CSR now following through – in particular on support for local public transport. After year on year decline buses had a mountain to climb before COVID to raise its share of trips. The pandemic has made that task more challenging still.”