First launched in 2017, BUS2BUS is Germany’s only major bus and coach industry event, staged biennially by Messe Berlin and bdo e.V., the country’s trade association for bus and coach operators. Pandemic driven, 2021’s event has been rescheduled for April 2022 but a special virtual edition took place on 15 April, attracting over 900 participants from 19 countries. A series of interactive presentations under the BUS2Inspire and BUS2Explore themes were accompanied by BUS2Insights, a virtual platform for supporting organisations.

Following an introduction by CEO Messe Berlin, Martin Ecknig, stressing the important role that BUS2BUS has in sharing innovations across the bus and coach industry, Germany’s Minister for Transport and Digital Infrastructure, Andreas Scheuer outlined Germany’s approach to the dual challenges of decarbonising transport and attracting passengers back to public transport. Much is along similar lines to the UK but the country is also looking to improve the offering in areas of lower demand, pushing autonomous vehicles as the ‘last mile’ solution to connect to public transport grids and introducing from March 2021 a new framework model for ride sharing.

The keynote address from Dr Stefan Carsten and Tristan Horx challenged the traditional concept of mobility, provoking thought into how modern lifestyles were reshaping cities and transport systems. They suggested that a lot of fog surrounds mobility at present and the industry has a duty to “go into the fog to find the right concepts.”

BUS2Inspire was followed by the sustainability awards from Germany’s Busplaner trade magazine. While most of these followed traditional themes, it was interesting to see Hoermann Reisen pick up an award for more than offsetting their carbon emissions with investment in a forestry project in South America. 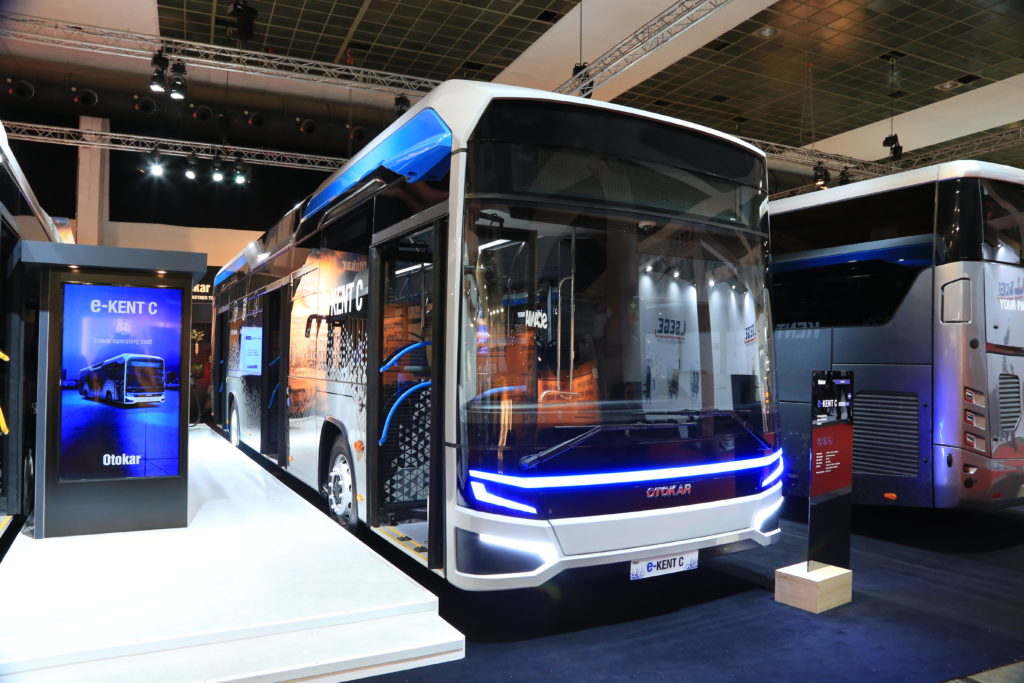 Rebuilding public confidence in buses and coaches following the pandemic was central to the first panel discussion on accelerating technological developments. Opportunities presented ranged from Valeo Thermal’s retrofittable UV-C air filtration system that claims it uses UV light to inactivate over 95% of all airborne contaminants including Covid-19 through to an app that lone passengers can use to be ‘accompanied’ while waiting at bus stops or on the way to/from them.

The big challenge, however, remains the “crisis of trust” and the need for communication of what is being done to both drivers and passengers. Good communication with drivers is seen as promoting good onward communication to passengers. Trust is crucial in rebuilding passenger numbers whether accompanied by new technology or simply emphasising the basics of vehicle cleanliness, air exchange through opening of all doors at every stop, screens, masks and ticketing to meet the ‘new normal’ lifestyle requirements. For the driver, simplifying technology to reduce retraining needs was seen as a key target for the future. In Hamburg, HHA has been surveying both previous passengers and non-users on what needs to be done to get them back on public transport noting the trend there was back to the car rather than more environmentally-friendly options.

The second panel discussion focused on sustainable development, particularly the need to electrify and the opportunities to do this through battery or fuel-cell power sources. There was a reasonable consensus across the panel that both had a role, particularly in combination for longer distance work where fuel cells could be sized for the average rather than maximum power requirement, reducing costs. TCO needed to be considered noting whether diesel vehicles could be replaced one for one and the potential for optimisation during a vehicle lifetime. From a passenger perspective, it was claimed that cleanliness, noise levels and design meant more to them than how the vehicle was powered, also with any electrically driven vehicle, how sustainable was the power source?

This panel also considered the problem of rural transport, showcasing a German community that had successfully implemented an On-Demand system, and discussed the challenge of the coach market. Electrification will likely mean fuel-cells for the longest-range requirements and a retrofit programme may be needed for some coaches given their lifespan.

The ‘trade stands’ of the event gave the opportunity for event partners to promote their products through video presentations. The vehicle manufacturers participating included ADL company Alexander Dennis Germany GmbH with a recently made corporate NFI/ADL video featuring international deliveries including the Swiss and Berlin double-deckers.

Otokar Europe’s video presented its latest battery electric e-Kent C, a 12m vehicle with a maximum passenger capacity of 93. Roof and rear mounted Webasto batteries up to a maximum of 350kWh give a minimum range of 270km, driving a 250kW ZF AVE130 electric axle. 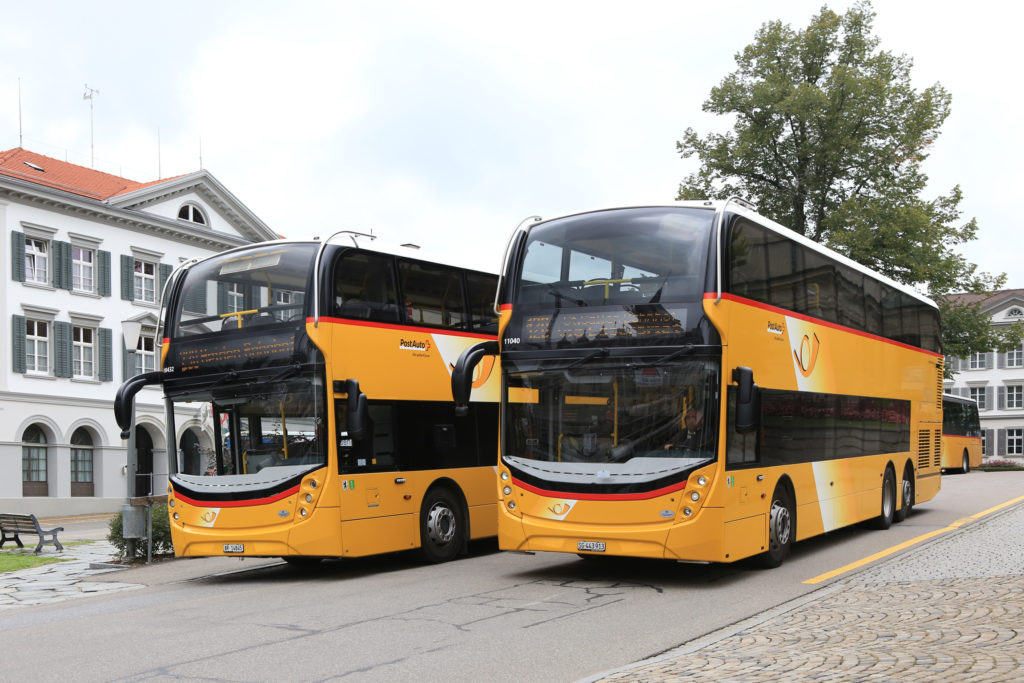 The recent confirmation by Berlin of its order for 200 ADL double-deckers builds on earlier European successes in Switzerland. Two ADL Enviro 500 double-deckers are seen in the Swiss village of Heiden in 2019