Tony Shaw, Senior Duty Manager, looks pleased as he casts his eyes across the screen at the map showing the whereabouts of the operator’s Tees Flex fleet. Tony said: “It’s 11am on a Wednesday morning and they’re all busy.” 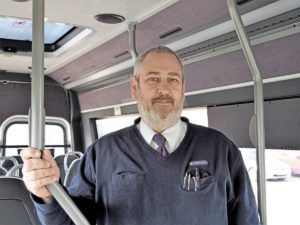 Tony is the man that presides over the service, keeping a careful eye on the screen showing the location of the vehicles and ensuring it runs smoothly. ViaVan, the software used to operate it, shows where the vehicles on the demand responsive transport (DRT) fleet are and their pick-up points and destinations on a map.

This is a landmark service for the operator, with Tony saying to his knowledge Stagecoach had yet to run a DRT in the north east before Tees Flex was launched. Its introduction follows the group announcing its intentions to further explore this style of operation. In Kent, the operator has already launched the Little and Often-branded services.

This inquisitiveness for DRTs is not unique to Stagecoach. DRT services have been cropping up across the country in the past few years, with the major operators dabbing their toes in these waters. Notably, the first independent operator, Go-Coach, has announced its intentions to run DRT operations.

Launched on 24 February, the seven new EVM Cityline Low-Floor Mercedes-Benz Sprinter minibuses on Tees Flex now operate on an ad hoc basis, picking up passengers as and where they are requested. There are no routes, the vehicles operate in three regions: Redcar and Cleveland; Hartlepool; and Stockton and Darlington. Travel is only available within those sectors, not between them. But passengers can use it to travel to a range of predefined locations outside their local area. They can opt to use the soonest time available for pick-up or a later one.

Tony said: “It mainly serves the smaller villages in the area, those that don’t have a bus service. It’s ideal for them.”

The ViaVan application creates duties for drivers using an algorithm matching customer requests to vehicles available and their locations. It is designed to provide an efficient operation.

The EVM-converted Sprinters are well appointed, with 16 e-leather-covered seats, Masats lightweight wheelchair fold-out ramp, EVM Panoramic double-glazed saloon windows, Auto Clima RT120 12KW saloon air conditioning and Masats 120cm double-leaf, rapid-sliding passenger door. A plush flooring is fitted and they have USB sockets. Hanover destination has been installed, front, side and rear along with Stagecoach CCTV. EVM has been working closely with Stagecoach to provide the ideal DRT vehicle solution for the Tees Flex on demand service and its future projects.

EVM says it has invested heavily in the future of this product range and the future of DRT. Last year it employed a second dedicated account manager, Christopher Lawder, who has past experience within the industry and helped Stagecoach with its Little & Often contract in Ashford, Kent.

Stagecoach made some small adjustments to the vehicles once they were delivered to put them in-line with the rest of its fleet, according to Tony, including the installation of GreenRoad. The latter, a driver performance monitoring system, was adjusted to suit the smaller vehicles. Tony said: “We had to make sure it was working well for the Mercedes.”

Drivers mount their phones on a platform where the ticket machine is mounted, which allows them to use the app. On the same mounting platform, the vehicles have the Vix ticket machines too; again, like the rest of the operator’s fleet. These not only process ticketing, but driver’s working times too. Of the system, Tony said: “It’s really good. It’s interlinked with our driver running board. It helps us to regulate the vehicles. We need the ticket machine on so we can assess what kind of income we are getting.”

The vehicles themselves are pleasing, according to Tony. He said: “They have given a good performance. I’ve had no major issues with them. I’m going to go out and do my own fair share of driving in them.”

Drivers have been given familiarisation training in the new vehicles. Tony said: “All the drivers love them. It makes a change from the normal service work they do. The feedback is they are busy.”

Stagecoach’s Stockton-on-Tees depot is the service’s home, with the vehicles stored and maintained there. The service is advertised to start at 7am, but drivers set out from the depot at 6.26am. Although the service finishes at 8pm, the last vehicle to return to the depot gets to its home at around 8.35pm. The app does not allow for bookings before or after its operating times. The aim is for the vehicle to be with the passenger within 45 minutes. It runs Monday through to Saturday.

“Day one was a bad one to start on,” admitted Tony. “It was when we had a flurry of snow up here, so that kept many people indoors. But as the weather got better, it picked up. There was a steady progression from day two.”

Saturdays prove to be busiest for Tees Flex. Tony said: “There is normally a handful of passengers onboard every time it runs. The buses are busy on a daily basis. We always planned it to hit the ground running from day one. We did road shows prior to its launch to promote it.” 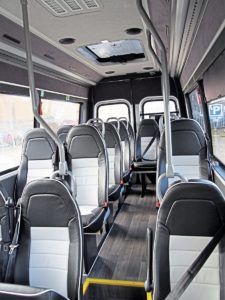 On who is using the service, Tony said: “A lot of it is to local shops. Some even use it to go to school. In some cases, Tees Flex can be slightly cheaper than the regular bus.”

Has it performed as Tony would have expected? “I didn’t really know what to expect. I’ve not really seen any other system like it working. So we took it on face value. It’s still in its infancy at the moment.”

Tees Flex was formally unveiled in Hartlepool. It is currently a pilot and will run for three years, with the potential to be extended across the region if successful.

Although Tees Flex is operated by Stagecoach, the service itself was rolled out as part of an initiative by the Tees Valley Combined Authority. It has had £3m of funding pumped into it from the Tees Valley Mayor and Combined Authority. It is aimed at helping residents in more isolated communities across the region access essential services along with training and employment opportunities that are being created across Tees Valley.

Spearheading its introduction is Tees Valley Mayor, Ben Houchen. During the launch of the service, Ben said: “Local people rightly demand a high quality, low cost way of getting around Teesside, Darlington and Hartlepool. There are far too many people cut off in rural communities that find it difficult to see their friends and family, access essential health services, get to the supermarket or, most importantly, the jobs and training opportunities that we are creating across the region.

“By funding this service, students, families and people of all ages can request a bus to collect them from right outside their door and take them where they need to be, and at a great price.

“We’re spending money right across our region to improve our transport links, from upgrades to our major train stations, roads network and we’ve secured new routes and flights from our airport – connecting us with all four corners of the UK and Ireland. This Tees Flex service is a great answer to get those not served by other routes moving and where they need to be.”

Stagecoach Chief Executive, Martin Griffiths, added: “We’re very proud of our 40-year history of keeping communities connected. Our services are crucial in supporting local and central government’s strategy of helping people to access employment, education, skills and training, and healthcare, as well as ensuring they can play an active part in their communities.

“New affordable and convenient transport solutions, like Tees Flex, can play a key role in helping to keep people connected in less populated areas, and most importantly to encourage people out of their cars and onto greener bus services. We’re pleased to be working in partnership with the Mayor and Tees Valley Combined Authority to pilot this new service for the region.”

Speaking as a man on the front line of service provision, Tony said: “I’m a great believer in this sort of service, especially for small areas. It makes a lot of difference to people to be able to get out of their village, especially if they don’t drive. It’s great for the older generations.” 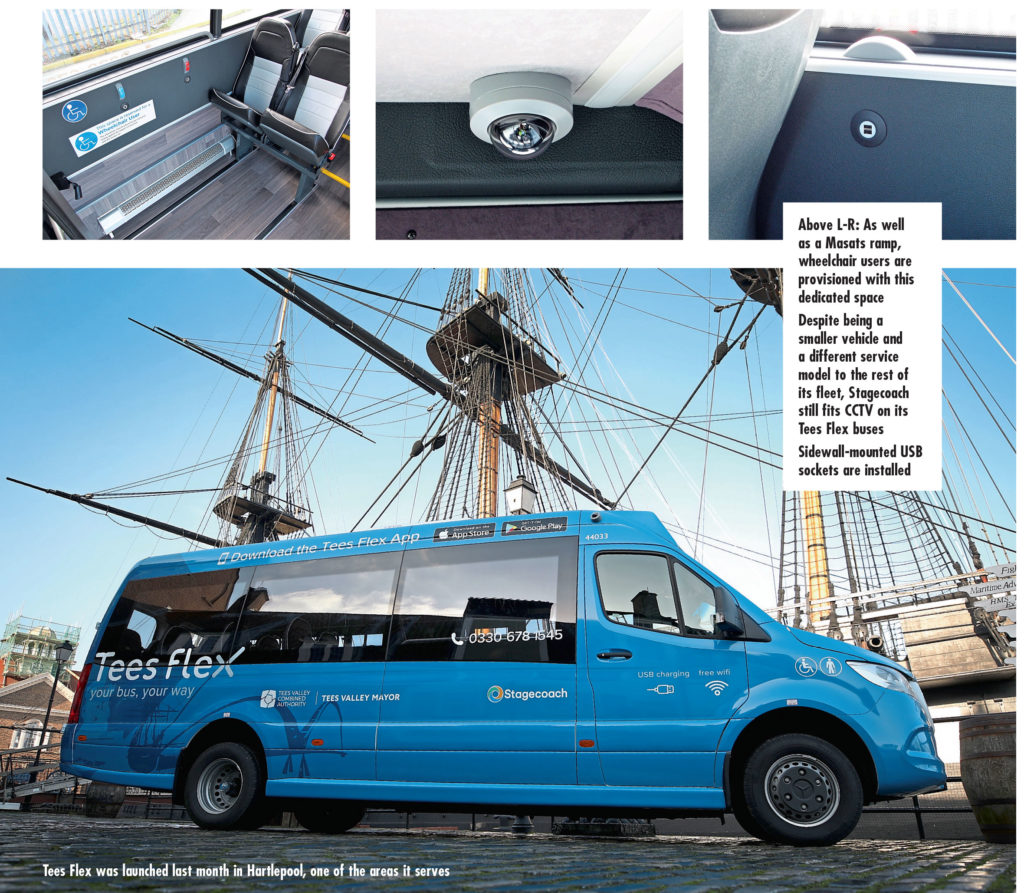