There is no shortage of gusto with John Clarfelt, one of the team behind Ticketer, the integrated ticketing system for PCVs. Many might know him as the man in the centre of the always busy and colourful Ticketer stands at the annual bus and coach exhibitions at the NEC (which last year had an outer-space theme).

Enthusiastic is perhaps one way to describe the effervescent John, but how would he describe himself? “Who is John Clarfelt?” He mused. “John Clarfelt is someone who studied law and stopped doing it because he realised he didn’t like it. Then he became a butcher because he loved the production process. And knowing nothing about technology, he started a technology company.

“I’m enthusiastic. I’m a lawyer who understands that if you have to rely on the law, then you’ve failed.”

Illustrating this last point, he said only 5% of Ticketer’s customers are on a contract with the business. In the nine years the company has been going, only 11 of its ticketing machines have been replaced by other ETMs, and that was not for performance; quite an enviable figure. The business has grown to three times its size in the last three to four years, he estimates.

He believes Ticketer has achieved such growth through doing business “the right way”. But what does that mean? “It’s to put the customer first and really look at what they need. That’s at the centre of everything we do. And one of the greatest things I have ever done is get what I honestly think is a great raft of people who have the same values as me. 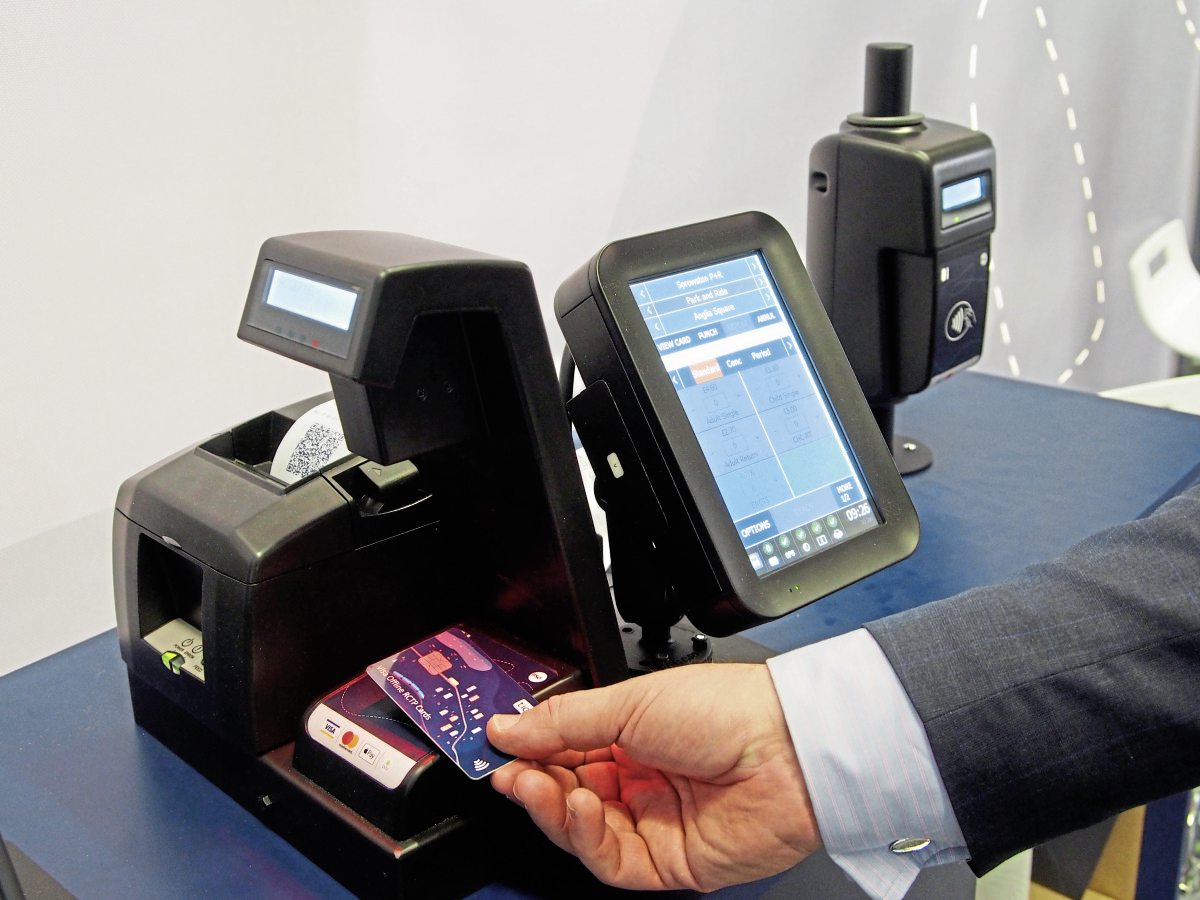 Various ways to pay are available with Ticketer

“I can have the most junior person in the business call me, saying I’m worried about this. That shows they are committed. Ticketer employees who will put much more pressure on the business to resolve an issue than a customer would.”

Doing business the right way also includes providing all the downloadable upgrades for the electronic ticketing machines (ETMs) for free. John said: “Because we update them over the air, we can upgrade all the systems in one night. We don’t charge for these developments. If you can make it a better product for people, more people will buy it anyway. To us, that’s the right way of doing it. You can’t look at everything as a potential revenue source.”

When there is a technical issue with the machines, Ticketer customers pay per incident. John said: “It is a fixed fee, whether it is your own fault or our fault. There’s no arguing over whose fault it is.”

The company has eight engineers available throughout the country to provide this service as well as a return to base policy.

The devices themselves can be configured to individual operator’s requirements. Multiple payment options are available with the ticketing system, supporting contactless, ITSO, mTickets, paper QR codes and cash. The solution allows real-time visibility of payments and service performance, typically within seconds of the transaction happening, with the information being accessible online. Nothing needs to be installed on site, with the system centrally hosted, it can be accessed anywhere with a web browser and internet access. Per stop timetables can be loaded to the back office for monitoring and reporting. It has been designed to be easy to use for operators, to allow fares, services and timetables to be created and amended without any hassle.

The systems are constantly updated, with John reporting the machines are the most advanced with contactless payments. Explaining part of the philosophy behind the Ticketer solution, John said: “We’re looking at bringing a big city solution to smaller cities. Smaller operators receive the same functionality as the larger guys. So we have a complete solution, taking every known method of payment.”

More than 500 operators have bought the system for their fleet, according to John, with more than one a week signing up to it on average. There are approximately 20,000 buses with the equipment installed, with John claiming Ticketer is the biggest bus and coach ticket machine provider in the UK and says Ticketer ETMs process more EMV contactless cards than anyone else in the UK, with over a billion ticket transactions a year. John said: “I’m astounded at the volumes we deliver with such resilience.”

With the sheer number of machines out there, John sees a major opportunity to harvest as much data as possible from the systems. John said: “In conjunction with a local authority’s traffic management system, we can use this data to work with passengers, taking the data to give them a better experience. I can track the buses that serve my local bus stop and see exactly when the next one will arrive. Every time I do it, I love it. It’s a great way to use this real-time information to make everybody’s lives better.

Every time I do it, I love it

“My Holy Grail is that with all of this data we have got is that it would be good to use it to send messages out to passengers saying something like ‘this bus is full, but the next one isn’t.’ With the data we collect, we have a good idea how full a bus is.”

This, as with all of Ticketer’s functions, would be something that could be rolled out to operators of all sizes. John said: “It’s phenomenally suited to small operators, just as much as larger operators. So the guy with one bus can have the same system as the very largest operators. I feel passionate about that. A transport solution is only as good as the smallest operators on it. If they are wiped out, then it affects the big operators as well. The key thing is, if a passenger uses a small operator to get half way to where they’re going, they may then use a bigger operator’s service to get the rest of the way. It’s good the smaller ones stay in business because they often provide a feeder service into the larger operators’ routes.”

He sees bus companies working in partnership as the way forward, noting the real competition for operators is other modes of transport. In terms of bus and coach technology, how does it compare to what competitor transport modes have? “What we deliver is as technically advanced as anything else in other transport modes. You can tap on, tap off. I can tell you in two seconds where the bus is. We’re doing solutions for DRT, which isn’t quite the same as Uber, but it is a similar solution. But buses have so many advantages though, a lot of operators have very modern buses and wifi. We can offer tracking and do card, cash and QR code payments even, all to make it easier for passengers. The technology is on a par with anything else out there.” 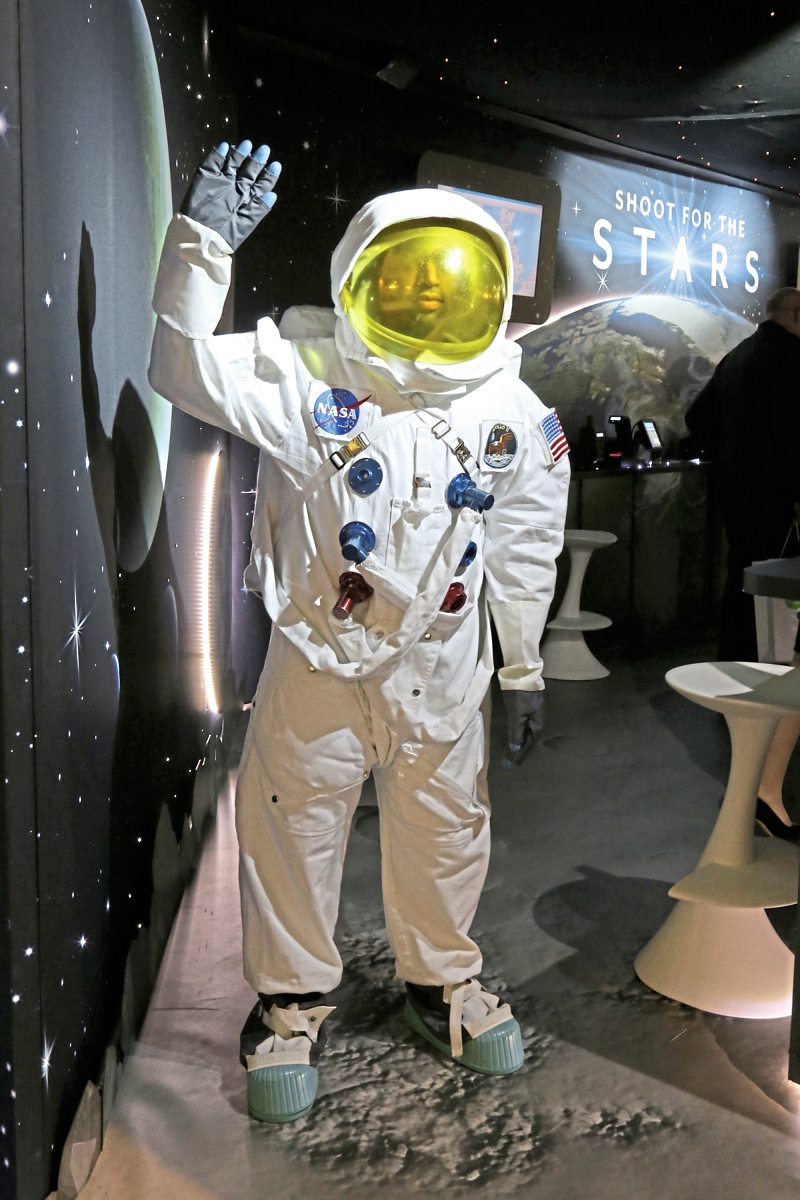 Ticketer’s stand at trade shows tends to be vibrant and last year’s presence at Euro Bus Expo was no exception. The theme was outer-space

What is next for PCV ticketing technology? John said: “Frictionless travel. We’ve just started running tap-on, tap-off technology for contactless cards which means Account Based Ticketing is now more of a reality. The next stage is to go beyond tapping. Could it be beacons that detect passengers boarding and alighting? With passengers trusting the back office to give them the best value fare?

“With this technology though, we have to be careful we don’t disbar the lowest economic members of society, who do not have access to all the technology, and could end up paying comparatively higher fares.”

“I learnt a great lesson from our first customer, Norman Kemp at Nu Venture. I told him all about the system and he said this is great, if you can guarantee you can take every ticket I issue, then I’ll buy all your clever stuff. It was a great lesson; if he lost a ticket then he’s leaking revenue.”

John works with operators large and small. He said: “Smaller operators are some of the most innovative out there. I get a huge kick from working with them, just as I do with mid-size and the largest operators. In larger corporations, you may not have the quirkiness smaller ones would have. The smaller operators can be very clever guys. We get some of our best ideas from them.”

Smaller operators are some of the most innovative out there

His first taste of bus and coach operators was with Nottingham City Transport before Ticketer was founded. “I liked it. It was their partnership attitude; they were polite. I just thought, I could work with these guys. Sadly I still don’t!

“It’s like the meat industry, I could trust people. In the meat sector, if you shook hands with someone, then you don’t need a contract. I find the same thing in the bus and coach sector. One thing with the bus industry is the people are cool. They talk among one another. There is a major cooperative feeling.

John understands the hardships of the sector though: “Operators are under enormous pressure. They are immensely resilient, hugely innovative and keen to work together. At the last ALBUM conference I went to, the feeling was it was a case of how do we jointly attack the outside threat of other modes of transport.”

As part of Ticketer’s efforts to improve offerings for passengers and operators, the company has put a lot of thought into the actual operating side. John said: “If I ran a bus company, I would have very clean and comfortable buses; I would have every which way to pay. And I would cut the number of ticket options; sometimes it’s too complex for people.

“I would also look at things in a different way – like if you run a Park and Ride into town, tickets could have a QR code that provides free parking at the out of town car parks, or a discount, a free coffee or something. It wouldn’t have to cost the operator anything.”

John explained the philosophy behind Ticketer: “Our view working here is that if we do the right thing, the revenue will flow. We focus on doing what’s right for the industry, not the revenue. Customers aren’t just buying your solution, but your attitude too. I’ll say to people, if I don’t think they need that many ticket machines, I’ll tell them they don’t need that many. It’s about putting yourself in their shoes.

“But I have to say, our team that work at Ticketer are phenomenal. We have a phenomenal HR team who aim to get people with the Ticketer ethos. Because we care about them and, I believe, pay well, we have a tiny staff turnover. And if you work for a company that is expanding, you feel good. I work for the plaudits we get; the great feeling from doing roll outs and the feedback we get. Everyone cares for everyone else. I’m so lucky to be able to have fun and do the right thing and be so immensely enthused.”