First Bus is the official transport provider for the summit, which follows a tender process run by Strathclyde Partnership for Transport (SPT) on behalf of the UK and Scottish Governments. The shuttle service will provide a fast and frequent link for all delegates attending the event between the city centre and the Blue and Green zones on the event campus based at the SSE Hydro and Scottish Exhibition & Conference Centre site.

Paul Davies, ADL President & Managing Director, said: “With the appointment of First Bus to operate the official shuttle service with its new BYD ADL electric buses, delegates to COP26 will experience first-hand the smooth drive and quiet running of our British-built zero emission buses. Demonstrating First Bus’s commitment to the communities it serves, these 22 buses have been built here in Scotland at our factory in Falkirk, as will the next 126 vehicles, ensuring that the Scottish Government’s SULEBS funding is reinvested locally.”

“It is especially fitting that these pure-electric buses with zero-emissions have been manufactured locally in Scotland” – Frank Thorpe, Managing Director, BYD UK

Frank Thorpe, Managing Director, BYD UK, said: “It is an honour for BYD to be associated with such an important global event for climate change, with BYD ADL British-built electric buses in operation as the part of the COP26 delegate shuttle service being provided by First Bus. It is especially fitting that these pure-electric buses with zero-emissions have been manufactured locally in Scotland, which means as well as contributing to protecting the planet, we are also supporting the local economy.” 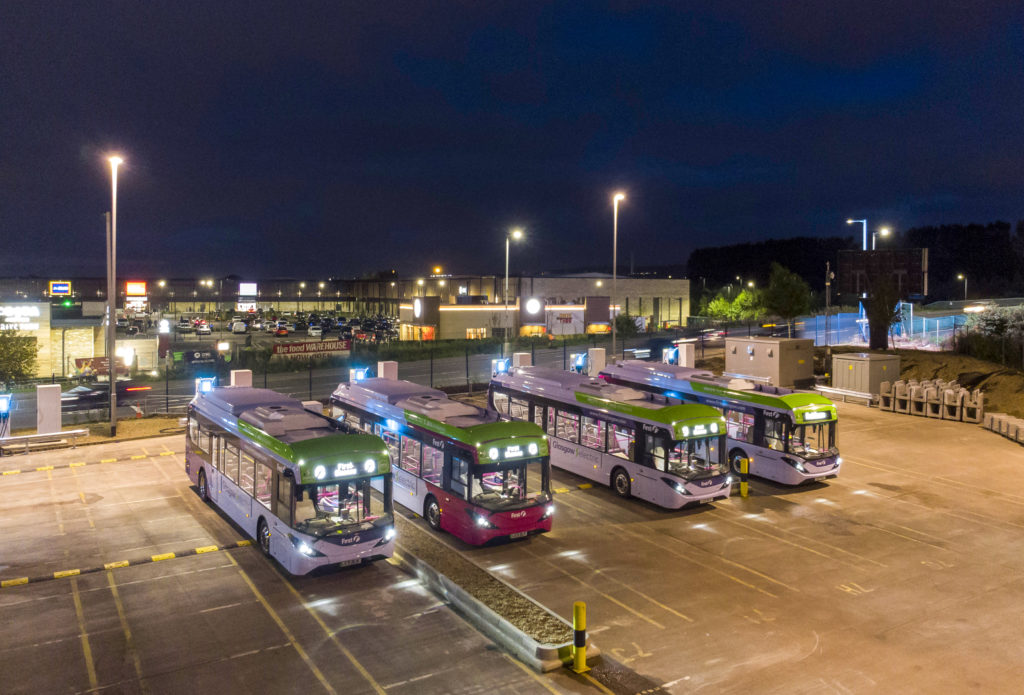 Duncan Cameron, Interim Managing Director, First Bus in Scotland, said, “First Bus Scotland are delighted to have been chosen to operate the official COP26 shuttle service and will be working closely with SPT, Transport Scotland and the Cabinet Office to ensure a smooth and efficient service can be delivered for all delegates attending the event.

“As leaders in sustainable mobility, we are fully aligned with the Government’s ambitions for a net-zero carbon transport system, including zero-emission bus fleets. We have already committed to achieving this by 2035 and we look forward to showcasing this to delegates over the course of the event.”