Close
One of the company’s projects it is most proud of is the launch of Blackpool Transport’s Palladium service.Info

How well does the industry market its operations?  Buzz Marketing explains

Marketing your services may not be at the very top of your to do list, especially as keeping a fleet compliant and on the road is such a major task. However, it is still a vital part of any business. Buzz Marketing’s Senior Account Manager, Paula Middleton, spoke to Chris Peat recently about the world of marketing in the bus and coach industry. 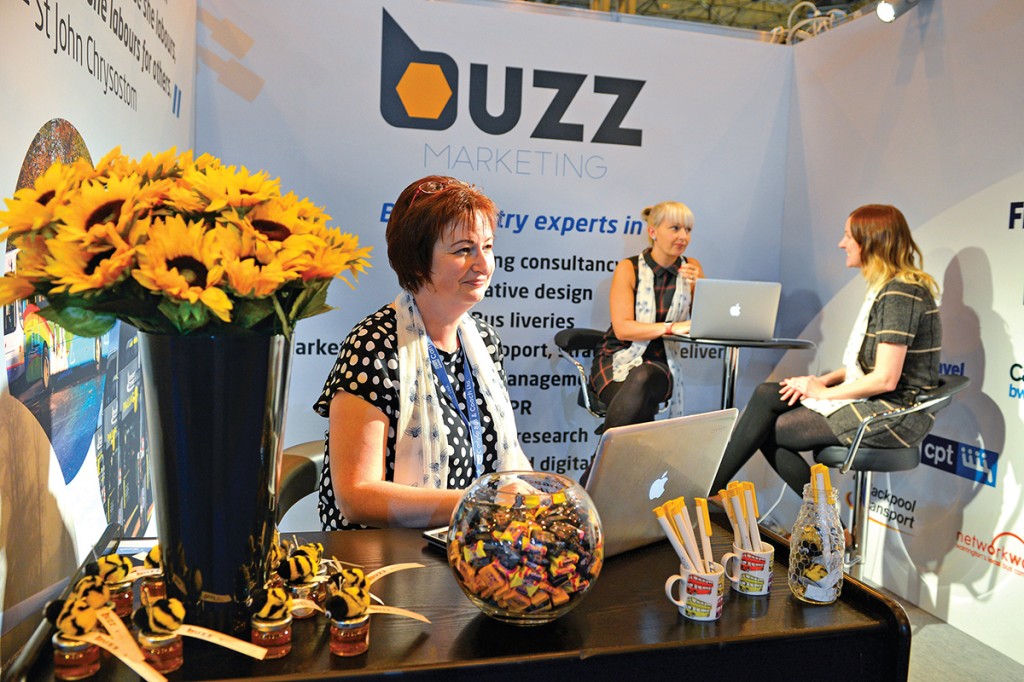 Paula is ‘very much aware’ of the fact many operators do not have massive marketing budgets, as well as not having huge amounts of staff to carry it out. Everyone that works at Buzz has previously been employed by bus operators, so they have first-hand experience how things are for them and how they handle marketing. ‘We know what it’s like, you have to make a little bit of budget go a long way. That’s the biggest challenge in this industry.’

This is contrary to how people from outside the business view the bus and coach market, Paula claims, ‘Outsiders may think the industry has a big budget for marketing, but the truth is it doesn’t. A lot of the time, if you try to break the budget down, it works out as not being a lot of budget per bus.’

So why is there such a lack of funding for marketing in the industry? ‘It’s just because there are so many constraints on the business,’ Paula said, mentioning the high operational and maintenance costs. However, she believes the marketing budget is perhaps the most important spend in the long term.

In Paula’s experience, there are some ‘very good’ people in the industry when it comes to marketing. They are adept at stretching the funding available to get messages out to customers and getting staff to work together to deliver projects. This is something Paula had done in her previous role at a major bus operator, where she communicated affectively with other members of the team, using data collected by other departments to save resources in collecting her own information.

The industry is good at more traditional forms of marketing, she claims, such as liveries and posters. Where it is ‘slightly behind’ though is in more innovative areas, such as social media and mobile ticketing. The latter are only just coming to light, with the sector ‘playing catch up’. Talking about new marketing techniques, she said social media is a ‘difficult one’. She acknowledges it is important these days, being particularly good for increasing awareness of promotions and roadworks and other occurrences affecting services, but ‘it is not the be all and end all’. Referring to the idea that Facebook and Twitter are generally considered to be used by younger generations, she said, ‘You are almost talking to a certain percentage of your passengers with social media.’

The key to a good strategy, Paula said, is ‘firstly to know your product, know where the buses go and who uses them and who is not using them’. It is about ‘getting under the skin of passengers’, knowing what they think and feel. This forms the basis of any campaign and ‘means investing a lot of time’.

Talking about her time in her previous role, she said marketing tended to be focused on the operator’s ‘crown jewel’ services, the ‘big revenue makers’, rather than promoting the network as a whole. A lot of people forget or may not even be aware of the places the buses serve, so a typical marketing activity she would be involved with organising was leaflet drops along key housing estates, which she would do twice a year. The idea would be to remind people of the services and encourage them onboard, with the leaflets containing a money off voucher.

The key message of a campaign has to be consistent and clear, Paula said. One of the most important messages to get across to the public is how ‘value for money’ the services are. It has to be communicated that the services are convenient and more frequent than perhaps commonly thought.

An example of the agency’s graphic design skills, in this case with a route map.

Getting awareness of services is good for attracting non-bus users as well, Paula claims, saying there is a ‘fear element’ of using the bus, with them being perceived as being ‘all too complicated’. Potential passengers can be put off by not knowing where to catch buses, which one they should board and how much fare they need. ‘It is important operators constantly educate people to make the process as easy as possible for them.’ She said mobile ticketing and apps for journey planning are now eliminating that fear, encouraging them to come onboard. A driver that smiles at passengers is also important for ensuring customers keep on using the services.

Good branding is another consideration. Musing on whether companies need to localise their brand, Paula believes it is right that the big national operators have a ‘national brand’, but thinks it is ‘important to go down the route of localising it to a degree’. She said, ‘I found that where I worked previously there was a huge amount of effort to localise services, whilst still having to adhere to the company’s guidelines. I do think you have to have that national branding, but there is a place to localise that, you have to have that community buy in.’

Whether it is creating branding or completely designing a marketing strategy, Buzz can work with clients’ existing marketing staff. Paula described it as offering an ‘extra pair of marketing hands’, acknowledging that sometimes operators do not have ‘enough on the ground’ to carry out this type of work themselves. ‘Don’t think of us as a threat to internal marketing roles. We work hand in hand with them.’ However if needs be the company can also cover a business’s entire marketing needs. They can be employed to deliver ‘so many days of marketing per week’.

Paula said it ‘offers the whole gambit’, with its activities including writing marketing plans, strategies and tactical planners to creating bus liveries and even delivering multi million pound campaigns with several new bus launches and revenue generating initiatives. It is not all about the big campaigns at Buzz though, the agency does its fair share of working on basic marketing maintenance projects to keep an operator ticking over on a daily basis.

The company’s stand at Euro Bus Expo 2016, complete with its new branding.

Claire Rawlinson started the business over five years ago after working as a Commercial Director at a national operator. Spotting a gap in the market for honest, speedy and creative marketing support, Claire created the business, using her knowledge of the industry and terminology picked up throughout her time in the sector. The emphasis, as it is today, was on being a fun consultancy that clients and team members alike enjoy working with. Paula said, ‘We are pretty laidback and easy to work with. I like to say we are fun, coming to work shouldn’t be a chore.’

Claire’s company was originally called JR Buzz, but at the end of 2016 the agency renamed itself Buzz Marketing. This change has come with a new logo too. Explaining the change, Claire Rawlinson said, ‘Many of our clients, colleagues and friends simply call us Buzz so with that in mind we decided to drop our JR and go for just Buzz. We officially unveiled our new brand identity at Euro Bus Expo last year and to date it’s been really well received. It’s a change but at the end of the day it’s still the same people, delivering the same service to the industry every day.’

This is not the only change the business has gone through though. It has moved from being a simple consultancy to an agency that now provides full creative design, PR and web services. Its team has been further strengthened with Hannah Connick and most recently Paula joining the team. Both have significant experience working within the public transport sector. Three new designers have also been brought onboard to support these public transport marketers, with Buzz expanding further into creative designs.

One thought on “Creating a Buzz”