The reinterpretation of Section 19/22 operation is considered a death knell by some community transport organisations, but West Norfolk Community Transport Project believes it could open the door to more competitiveness

Uproar ensued almost a year ago when the DfT issued a letter affirming its stance on the controversial Section 19 and 22 permits. The development has been the source of many headlines in the industry over the past year (Bus & Coach Buyer has followed the story closely), with some community transport (CT) organisations claiming they will no longer be able to operate due to it. 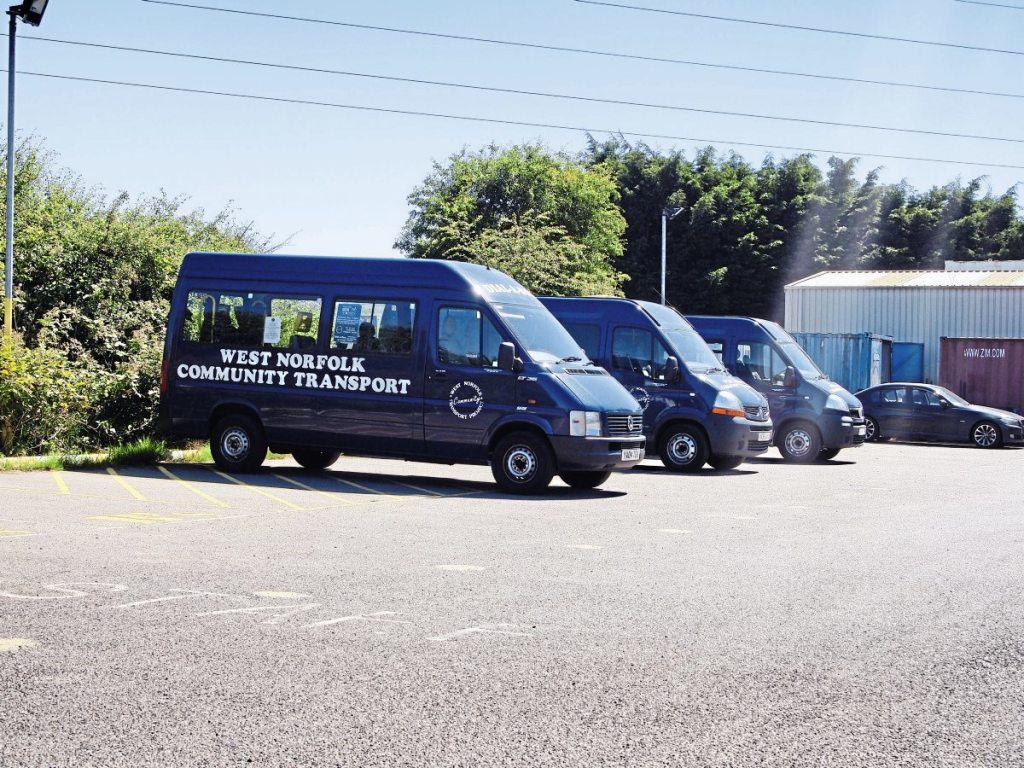 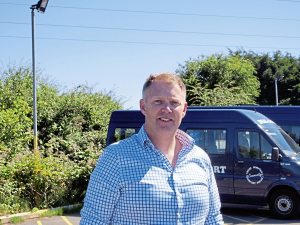 Howard Russell – “If you don’t prioritise the passenger, there is no point in running [buses]” 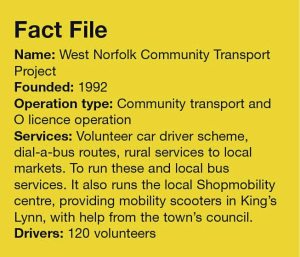 However, an operator unperturbed by this is West Norfolk Community Transport Project (WNCTP). Howard Russell, CEO of WNCTP, sees it as an opportunity, believing it has given the organisation a chance to be even more competitive in the transport market. Having stepped into his role in November last year following a career in haulage, Howard has certainly had a considerable amount to deal with. Stagecoach in the west Norfolk area began to withdraw from a number of routes in March, which came into effect in late April. Norfolk County Council worked with alternative local transport providers to ensure replacements for these services. Operators in the area agreed to cover them on a predominantly commercial basis, one of which was WNCTP. It uses O licenses to provide services for this, running them under its existing Go to Town brand. Vehicles under this name already ran into King’s Lynn from outlying areas not served by conventional bus companies.

WNCTP has recruited a considerable number of former Stagecoach drivers as it takes on the new services. On interviewing the drivers, Howard said there were a number of reasons given for Stagecoach’s ceasing of services in the area. One factor that stood out to Howard was a lack of local knowledge. “King’s Lynn is a unique environment. You can’t run a bus network in it from Cambridge, like they were doing.”

To launch these new services, the CT operator invested £1m to buy a new depot, offices and maintenance area, as well as new buses: four Wrightbus StreetLites and three Mellor Stratas. Howard said: “I came onboard before any of the Stagecoach fall-out was ever even rumoured, so my expectations have changed since joining.” He paused, seeking the right words: “It’s been exciting.”

The addition of the new services has led WNCTP to go through a reordering of its operation. It is currently in the process of separating the commercial services into a separate entity to the community transport side. Effectively, this sees it become a competitor with other local bus operators. One of which is fellow King’s Lynn outfit Lynxbus, an operation Howard admires because of its growth in the relatively short space of time since its founding in 2015. He says his operation is in good relations with Lynxbus: “Our workshops are in touch. If we don’t have a certain part in stock, we are able to call on them.”

WNCTP has grown considerably over the 25 years of its existence, having reached a fleet size of 65. Later this summer, the vehicles are to move into new purpose-built premises elsewhere in King’s Lynn. The new site will provide plenty of space to park the fleet and new workshop facilities. This has been paid for through surplus revenue funds and the small number of donations the organisation has received, although it does not actively seek donations. 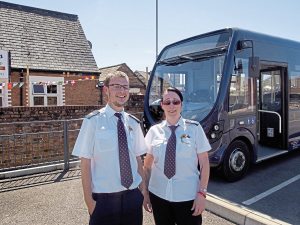 Former Stagecoach drivers, Bradley Williams and Katrina Newnham have joined WNCTP following the withdrawal of the national operator’s routes in the area

Helping Howard during this time of development is Ben Colson, founder of Norfolk Green, a successful and renowned operator in the King’s Lynn area that was eventually taken over by Stagecoach in 2013. Ben is a trustee of the WNCTP charity. Howard said: “He has been extremely helpful in every aspect, there is no simple way of putting it. He has in-depth knowledge of the bus industry, particularly in Norfolk. His experience is the single most valuable asset going forward. We spend a lot of time together. He is a very dedicated man and takes no financial reward from what he does here.”

Ben has recently become Chairman of Bus Users UK. Howard said: “Buses are for the passenger. If you don’t prioritise the passenger, there is no point in running them. So operators should be interested in Bus Users UK.”

Going down the Hackney route

Looking ahead, is the route WNCTP taking the right one for all community transport organisations? Howard went to a meeting of East Anglian community transport operators recently to discuss the legislative issues in the sector. He found it interesting to hear so many opinions about what will happen to CT operations in light of the government’s reinterpretation of Section 19/22 permits. “There were those of the opinion that they have no choice but to give up, those that were 100% within the rules already and ourselves, who are taking on a commercial business.” 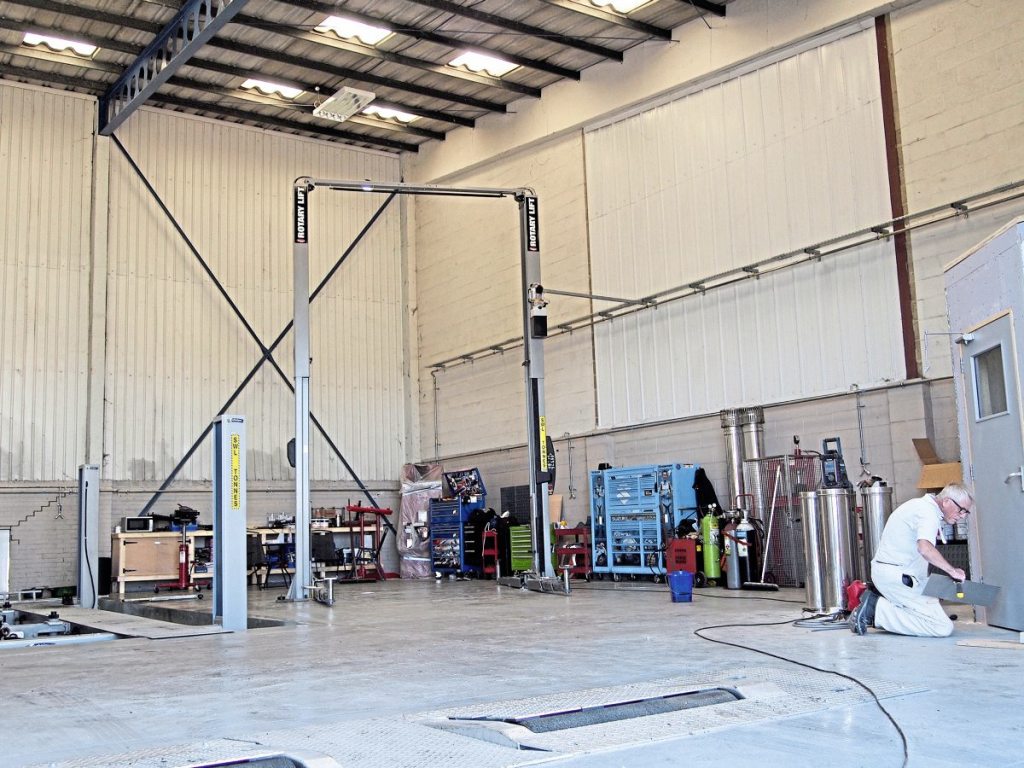 The new workshop currently being renovated

He said the organisation is moving towards a similar model that Hackney Community Transport (HCT) has rolled out. HCT is a social enterprise, running O licensed services. It reinvests the profits it makes in its bus and community transport services back into its operation.

Howard said: “I think the DfT or the DVSA held up HCT as what all CT operations should aim for. During my time here, the move toward the Hackney model always seemed to make sense. These Stagecoach problems have tied this move towards that up nicely.”

At the moment, the operation is still in flux. The new premises is currently being renovated, due for completion in July. It is going through some bureaucracy too, setting up the commercial trading arm and separating the O licenced fleet from the Section 22 permit fleet. It is also training its drivers. Once this is finished, Howard envisions a period of consolidation. However, there is rumour of another route in the area becoming available soon, so even further growth could be on the cards.

In terms of how the reinterpretations of Section 19/22 permits will affect community transport as a whole, Howard said: “The biggest problem is we don’t know what the time scale will be. DfT’s official line is the rules have never changed, but guidelines published by the DfT changed in November 2017 and it was a massive change, so their interpretation has shifted. For operations to reclassify and change in line with that, it can’t happen overnight.”

He related another issue he has had that could affect the time it takes for a community transport operator to become an O licence holder: “We have been told by the Traffic Commissioners’ office that because we have operated under a Section 22 licence, this will hold up our O licence application.” 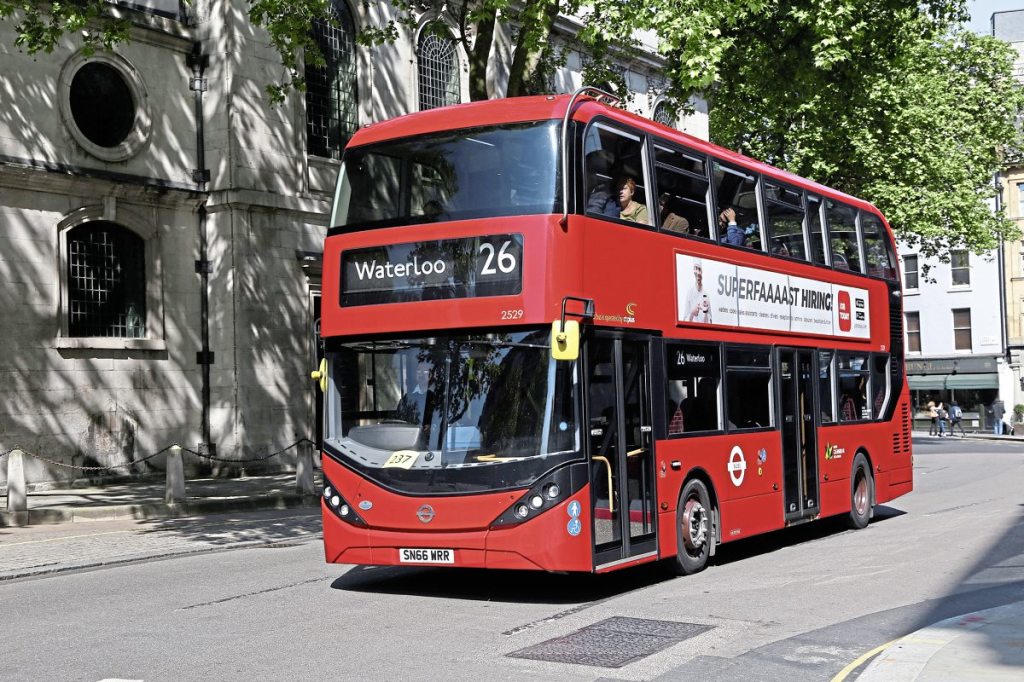 Howard is keen to see WNCTP operate to a similar model that social enterprise HCT Group does. Here we see one of its CT Plus fleet in service

One difficulty some community transport operators have encountered concerning licensing and operating is local councils asking them to tender for services a Section 19/22 operator should not be running. This is not the case with Norfolk County Council, according to Howard. “Norfolk County Council has supported us, but never asked us to bid for anything. We have very good relations with the Council. I feel the Council has a very strict legal process. It continually ensures we stay in line, supporting us along the way. It is mutually beneficial.

“There is no local animosity against local transport. Norfolk County Council is extremely up to date and abides by the correct interpretation of the rule. They’re sharp and doing the right thing. They are intelligent and hard working.” 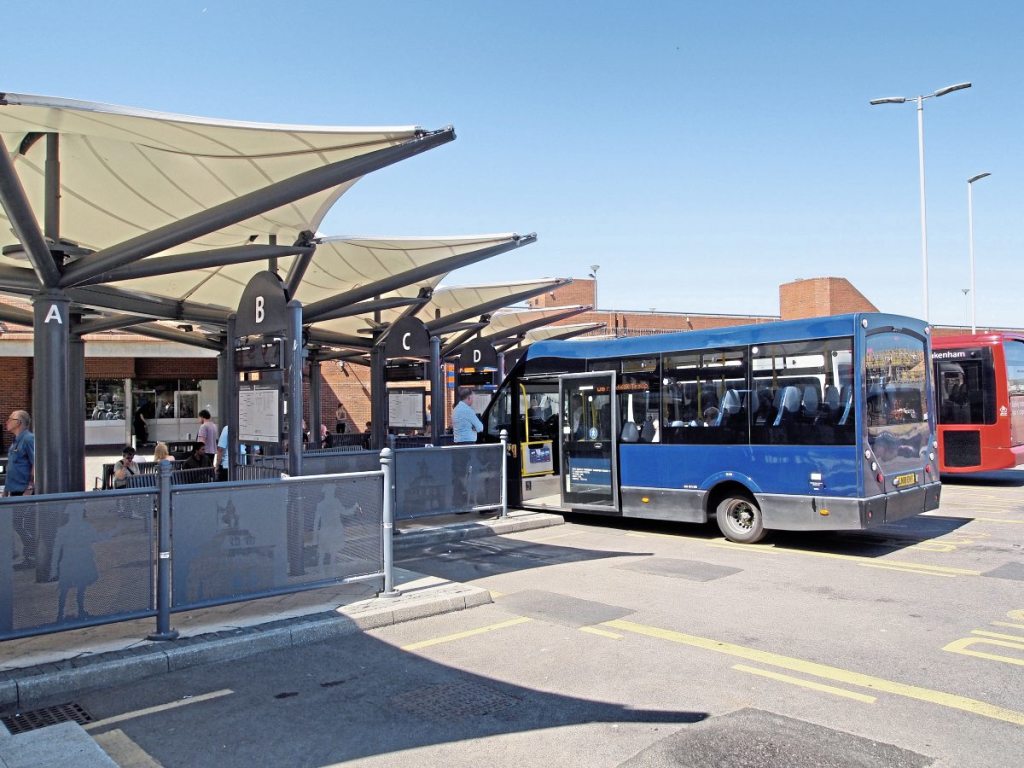 Commenting further on these rogue operators, he said: “Were they competing unfairly? Yes. Are all community transport operators competing unfairly? Definitely not. I think it’s some canny people breaking the rules, some canny people too clever for their own good. And it’s to our detriment. Rogue operators are being picked up now, but they have had an effect on the whole transport sector.”

Problems with tendering illegally do not occur in Norfolk, according to Howard. He said: “When they tender, councils have a duty of care. All who tender, tender legally here. Norfolk do it well. Tendering can be a technical area, there are what people call grey areas. But there are no grey areas really, it is all black and white.”

Several operators across the UK have expressed concern over the amount of contracts and work they have lost, which they have claimed is due to CT operations being able to unfairly and illegally compete against them. Responding to this concern, Howard said: “There is a lot of worry about the work they lose to community transport operators, but it’s not a significant amount of work. If O licence holders think we are a threat to them, then they should spend a week in the office of a community transport operator. We do a significant amount of work moving people, carrying out the services they are not interested in. We are about filling the gaps. If everyone fights among themselves in transport, the network diminishes, the image among the public is damaged. Community transport is needed; if rural areas are cut off, the image of public transport in general decreases. It turns into a grand spiral.”

Summing up his thoughts on the changes currently happening in the world of community transport, he said: “As a result of these legislative changes, which have come about at the behest of O licence holders, community transport could become more competitive. We now could get an O licence and run double-deckers if we wanted. And you might find the public wants to ride a bus that puts money back into its services rather than its shareholders.”

The message is clear from Howard, the reinterpretation of Section19/22 permits may have been seen as a way of decreasing the unfair competition community transport has against O licence holders. But could it actually lead to even more competition? In WNCTP’s case, it could.