For the first time since 2019, Germany’s dedicated bus and coach trade show Bus2Bus opened its doors to visitors last week.

Bus and Coach Buyer’s David Cole joined them to investigate the 35 vehicles and myriad products on show, many of them new developments including these highlights. 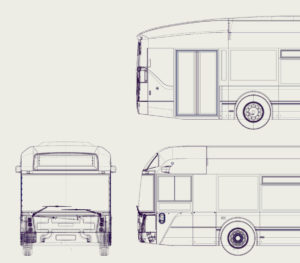 Switch Mobility were there with two examples of the Metrocity EV to London interior specification, including an 8.7m example with camera mirrors. Highlight of the Switch stand was a digital teasing of the new lightweight 12m electric bus that is intended for the European Market and will be built at the dedicated factory currently under construction in Spain. The new model, Odin, featuring high density NMC battery technology will be launched at the EuMo Expo in Paris on 7 June.

A new name in the vehicle market is Arthur, a German-Polish zero-emission vehicle start-up that showed its first vehicle, a 12m fuel cell electric, the Arthur H2 ZERO. The vehicle displayed had been designed and built from the frame up within 12 months. Introducing the vehicle, an emotional CEO and co-founder, Phillip Glonner, described the project as not just building a bus but showing what is possible in emission-free transport. The company expects it to consume less than 6kg of hydrogen per 100km, giving a range of around 450km. 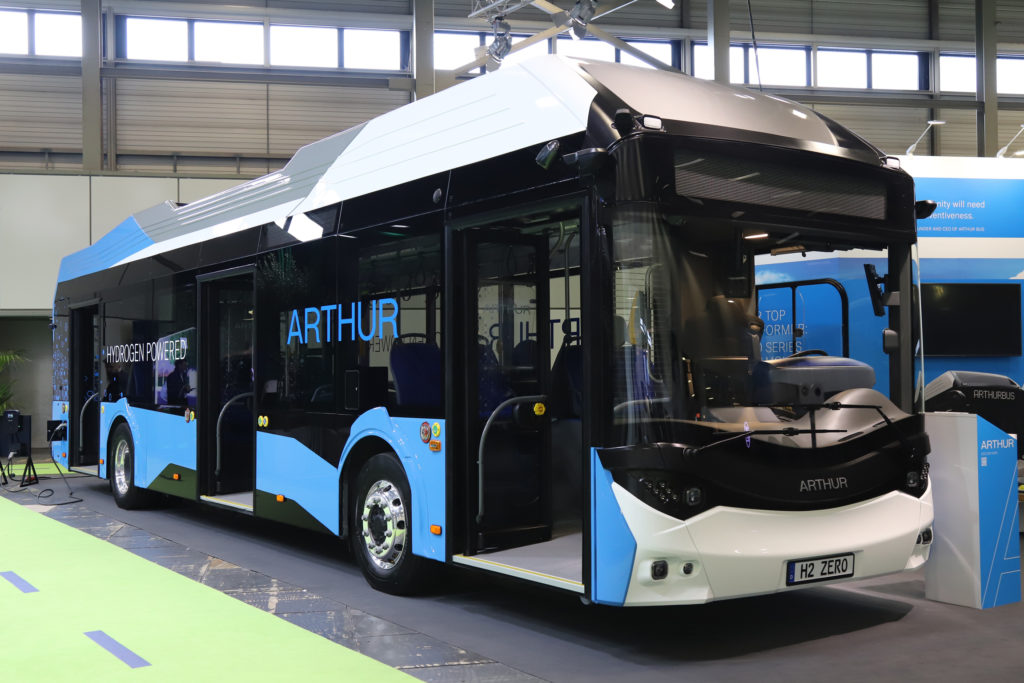 While the theme throughout the show was zero-emission transport, Iveco showed confidence in the future of clean diesel and CNG with the launch of the Streetway, the show model being a 12m three door city bus powered by a Cursor 9 Euro VI E diesel. The new model is to be built for Iveco in Turkey and will also be available in a two-door variant and as an 18.75m three or four door articulated bus. 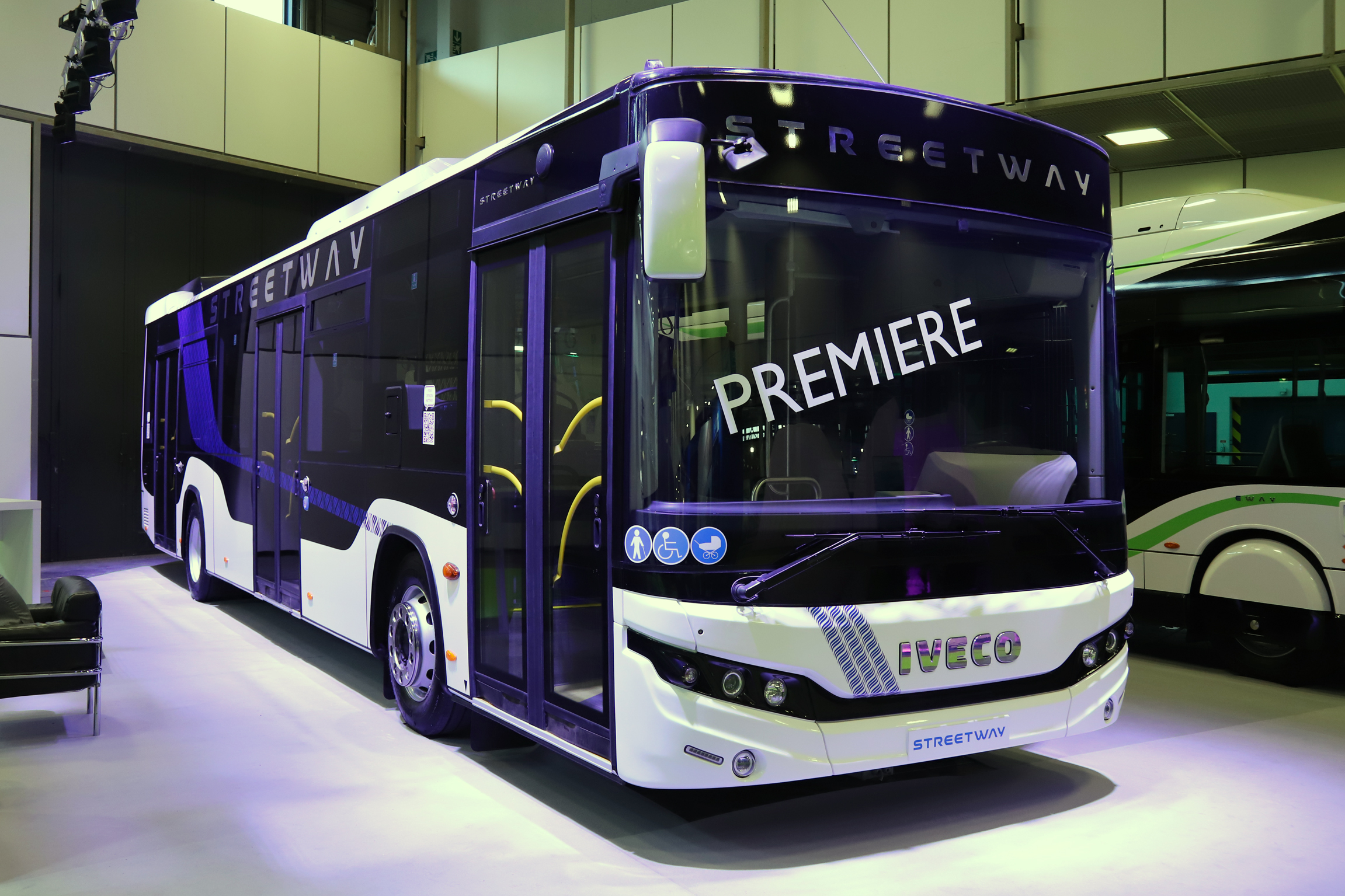 Iveco have launched the 12m Streetway for markets where there is a continued required for diesel, HVO or CNG vehicles

In the smaller bus sector, Altas displayed the long wheelbase version of their Mercedes-Benz Sprinter based electric bus, the Novus Cityline LW. It offers a wide entrance, a larger low floor area with wheelchair space and a total capacity up to 22 passengers. A range of 270km is claimed from the 115kWh battery installed. 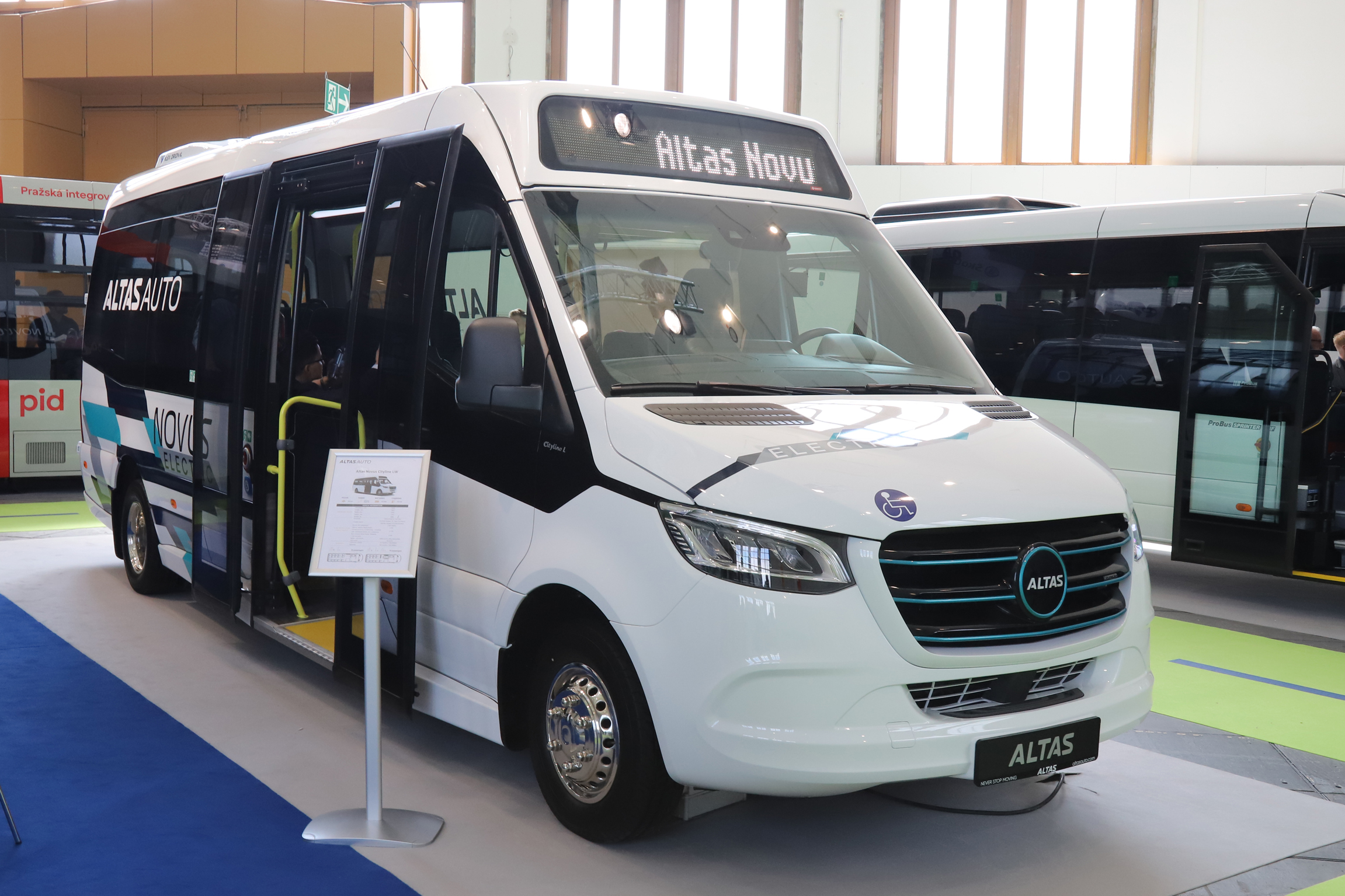 The Novus Cityline LW has an extended bodyshell between the axles making the electric vehicle 7.7m long