Bristol has been revealed as the city with the most dangerous drivers, according to a study by the Compensation Experts.

The compensation claim specialist surveyed over 2,000 drivers in the UK to find out which cities are home to the most dangerous drivers in the country. Bristol was followed by London, Cardiff and Leeds.

Of the respondents, 53.6% of Leeds residents said they have broken the speed limit. Norwich, Bristol and Cardiff are next in the rankings with over 50% of drivers admitting to speeding in the past.

Over one in six (17%) of Cardiff drivers have admitted to driving while drinking over the limit, with Norwich and Bristol drivers in second and third place. 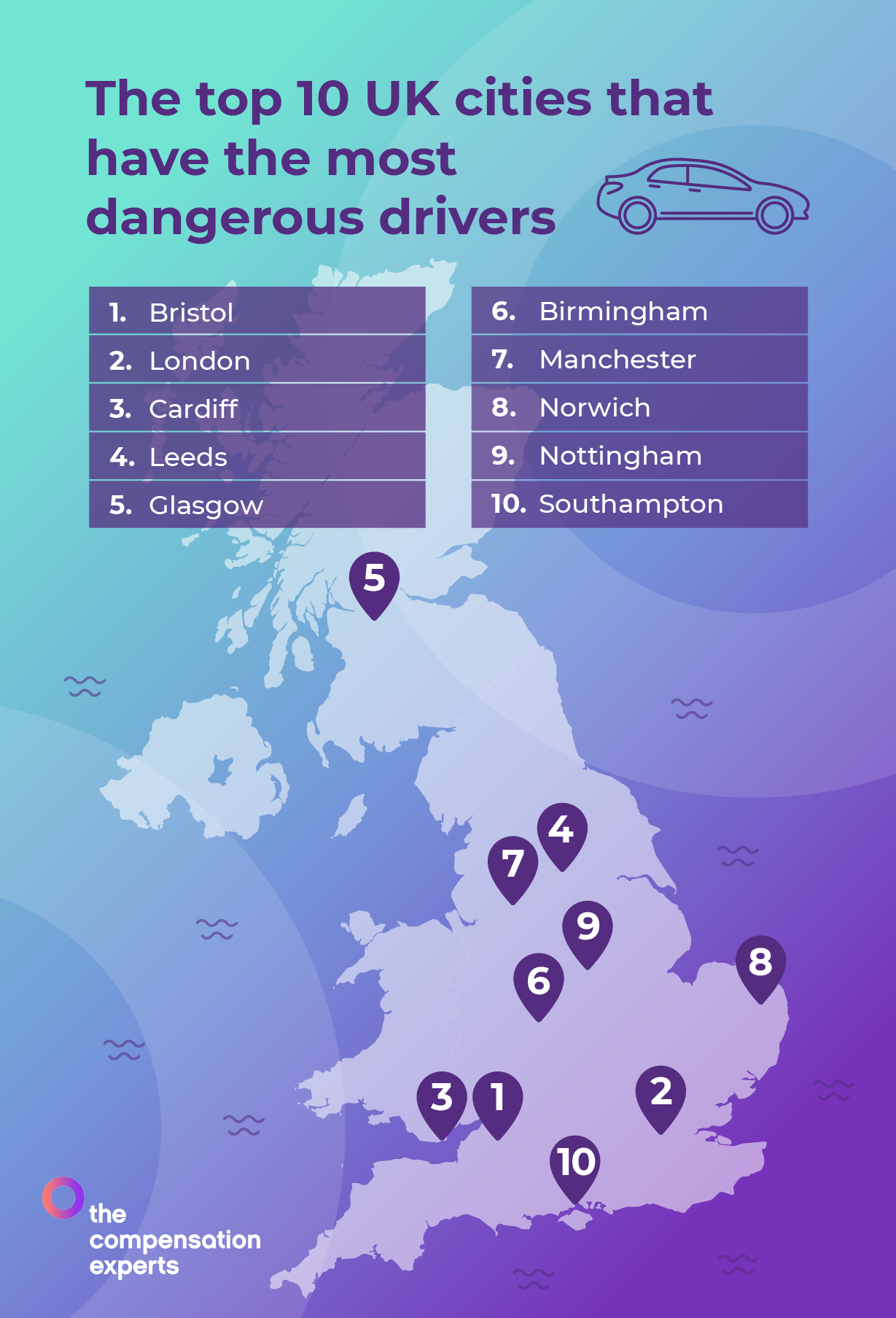