Close
"It is with a heavy heart that I will be saying goodbye to a business and its people that have been part of my life for so long" - Martin Harris, Brighton & Hove and Metrobus MDInfo

Martin Harris will retire as Managing Director of Brighton & Hove and Metrobus at the end of November 2021. 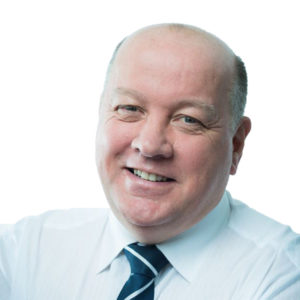 “It is with a heavy heart that I will be saying goodbye to a business and its people that have been part of my life for so long” – Martin Harris, Brighton & Hove and Metrobus MD

His retirement comes after a 40-year career in the bus sector, which he first joined in 1980 as a senior management trainee. In 1986, he was appointed Business Manager, helping to grow Brighton & Hove Buses in its formative years.

In 1996, he became the Commercial Director of Go-Ahead’s north-east bus operations. His successes included merging four existing brands into one – Go North East – and creating partnerships with councils and county councils.

In 2013, Martin became Managing Director of two bus brands in the South East – Brighton & Hove Buses and Metrobus (based in Crawley). Under his leadership, both areas have seen passenger growth, bucking the national trend of falling bus usage.

He has introduced tap-on, tap-off technology and launched 52 extended-range hybrid buses from ADL. Brighton and Hove has more bus journeys per head of population than any other UK city outside of London.

Under Martin’s leadership, Brighton & Hove and Metrobus has focused on diversity and inclusion. In 2019, the Go-Ahead-owned operation became one of two public transport providers in England to achieve the highest status under the DfT’s Inclusive Transport Leaders scheme.

Martin said: “It is with a heavy heart that I will be saying goodbye to a business and its people that have been part of my life for so long. After 41 years of service, I believe it’s the right time for the business and for my family and to develop other projects.

“It has been a true privilege to be the Managing Director of Brighton & Hove and Metrobus for the last eight years. I’ve met so many extraordinary people on the way, including the amazing community champions we celebrate on the side of our buses, the charities and access groups who challenge us to see things differently and of course the many inspiring colleagues that work day-in, day-out to provide our services and to make us more than just a bus company.

“It’s been so rewarding to have worked in an industry that makes such a difference to people’s daily lives.”

Throughout his career, Martin has collaborated with charities, councils and organisations to benefit local communities. In the mid-1980s he introduced the bus sector’s first AIDS and HIV policy, and has continued to make effort to benefit the sector and passengers. His work includes developing the Brighton Quality Bus Partnership.

David Brown, Go-Ahead Group Chief Executive, said: “We’re sad to see Martin go after such a long and successful career at Go-Ahead. I’ve seen first-hand how he has delivered for passengers and communities and admired his passion for getting into every task at hand.

“Whether he’s pioneering new technologies, forging a local authority partnership, or working with charities and community organisations, he has continued to set a standard for how a bus company should operate.

“I wish Martin the best of luck in his retirement. Although he’s stepping down from the busy role of Managing Director, I’m sure he will remain a familiar face in Brighton and the community.”

In addition to his work at Go-Ahead, Martin holds a place on the boards of Coast to Capital Local Enterprise Partnership and Transport for the South East, is Chair of the UNESCO Brighton and Lewes Downs Biosphere and is a trustee board member of the East Sussex Credit Union Foundation.

Go-Ahead will be starting the process to recruit Martin’s replacement shortly.