As management changes at Plaxton Coach Sales in Anston take effect, we are due to see a renewed push from the dealer

“Young, energetic and passionate” is how Sales Director, Richard Matthews, describes the new team in place at Plaxton Coach Sales of Anston. Former-General Manager Coach Sales, Mick McElhone, retired this year, passing the reins over to Simon Wood. This followed Mick handing his responsibilities for running the Anston site over to Martin Dunleavy in September 2016. With the new team in place, a refreshed marketing push is afoot. Chris Peat visited the site to talk to Simon, Richard and Martin, who were excited by the year ahead.

Rising through the ranks 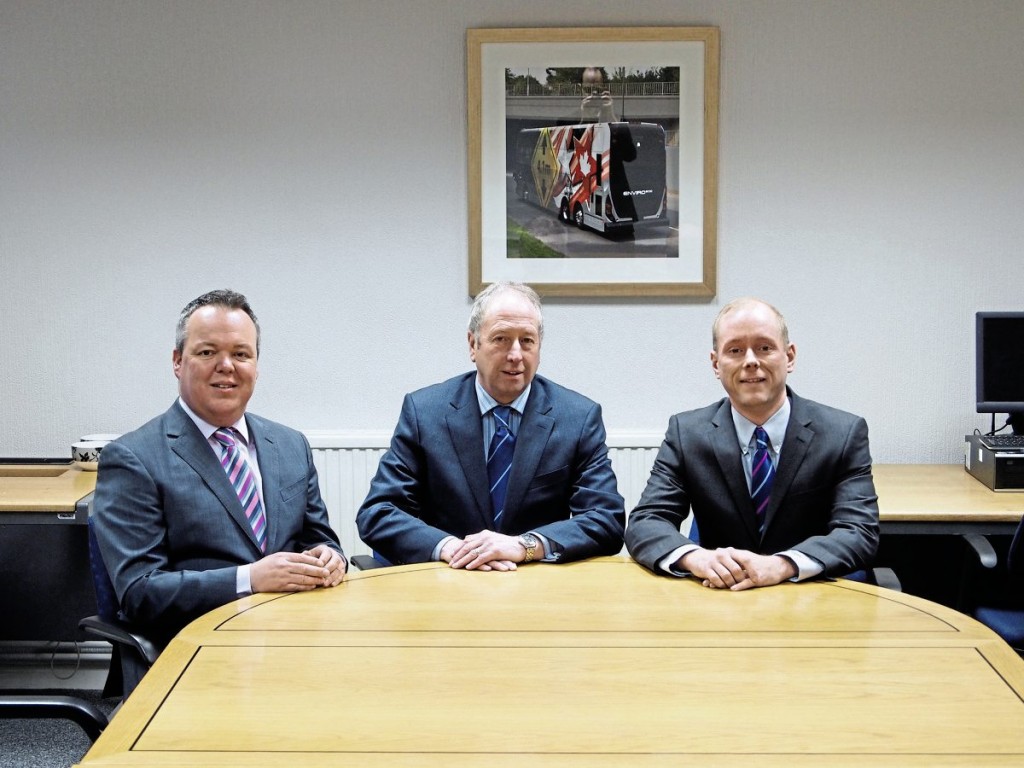 Simon joined Plaxton in 2004 having graduated in Marketing and Business Management from Newcastle University. Since then he has moved steadily through the ranks of the business, latterly in the role of Area Sales Manager for Central England and Wales. Martin has similarly graduated up to the top spot he now inhabits.

Commenting on Simon’s appointment, Arthur Whiteside, ADL’s MD UK Sales, said: “Simon has extensive knowledge of the industry and will play a key role in strengthening our position at the forefront of the coach sector. He will be based in Anston handling both retail and fleet sales and I’m confident his drive and energy will bring an added dimension to our team approach.”

Richard said: “You have to have succession planning in place and this has been a natural progression. Martin and Simon were always top performing sales people. We now have a new energetic team behind us. All we are looking for is Simon’s replacement for his old role and we are ready. It’s like a football team and we’re almost there; we just need one more striker.”

The team certainly has its work cut out for it, as this year is set to be a real challenge by all three’s reckonings. They are rising to it though, with a reinvigorated marketing strategy. Richard proudly showed some ideas for advertising designs it is planning to launch, which highlighted the big cat theme of its coach range (Leopard, Panther and Cheetah). Noticeable is how much more of an aggressive and sleek look these adverts have, featuring slogans like: “Bred to perform” and “British built to last”. 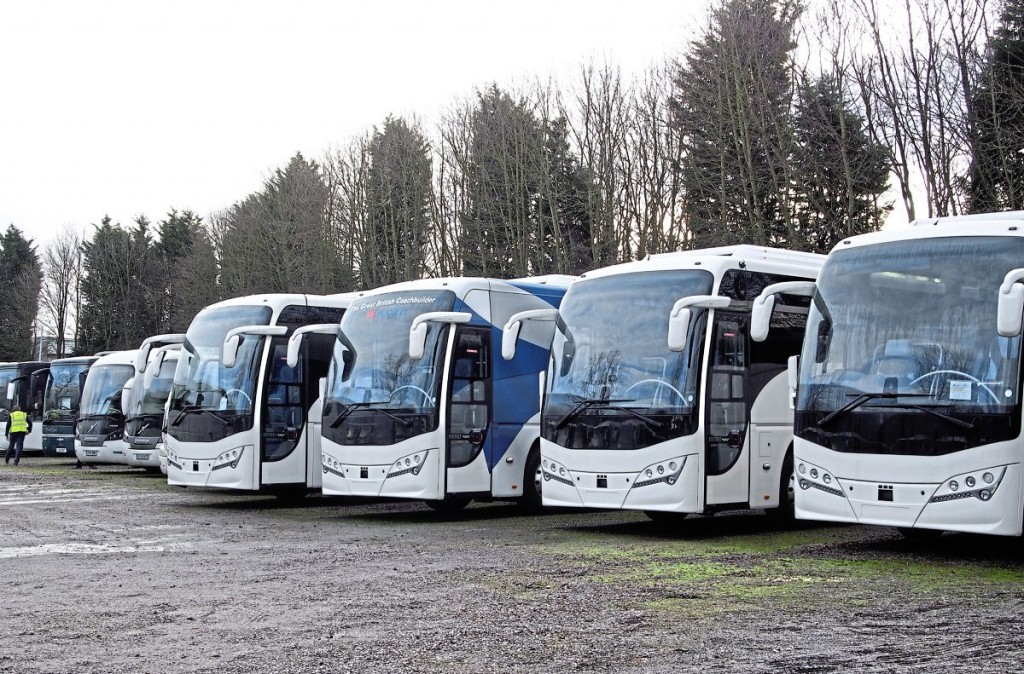 Another aspect the new advertising focuses on is what Richard described as the long life of its vehicles, mentioning their “nine lives”, playing on the cat theme again. Also, the 110-year history of Plaxton is mentioned.

Richard said: “We’ve got a hungry sales team here, selling new and used. We want Anston to be recognised as a true sales centre, not just a used department.”

On the subject of used vehicles, Richard said: “We are pretty full at the moment, there is a good selection here. You’re not healthy if you don’t have that stock. It’s come on the back of success in increased new sales last year.”

He went on to say that 2017 was a very strong year in terms of sales. The Panther in particular has proved successful. Simon said: “It’s the B8R chassis, it provides a lot more versatility. You can have 57 seats and a toilet, it’s the lightest in its class and it’s fuel efficient.”

Richard explained the success in its sales: “It’s the flexibility of our offering.”

He went on to say there are a couple of exciting new developments coming up this year. One of them we already know about: the launch of the Panther LE low entry coach. The other one is to remain a mystery until later in the year. 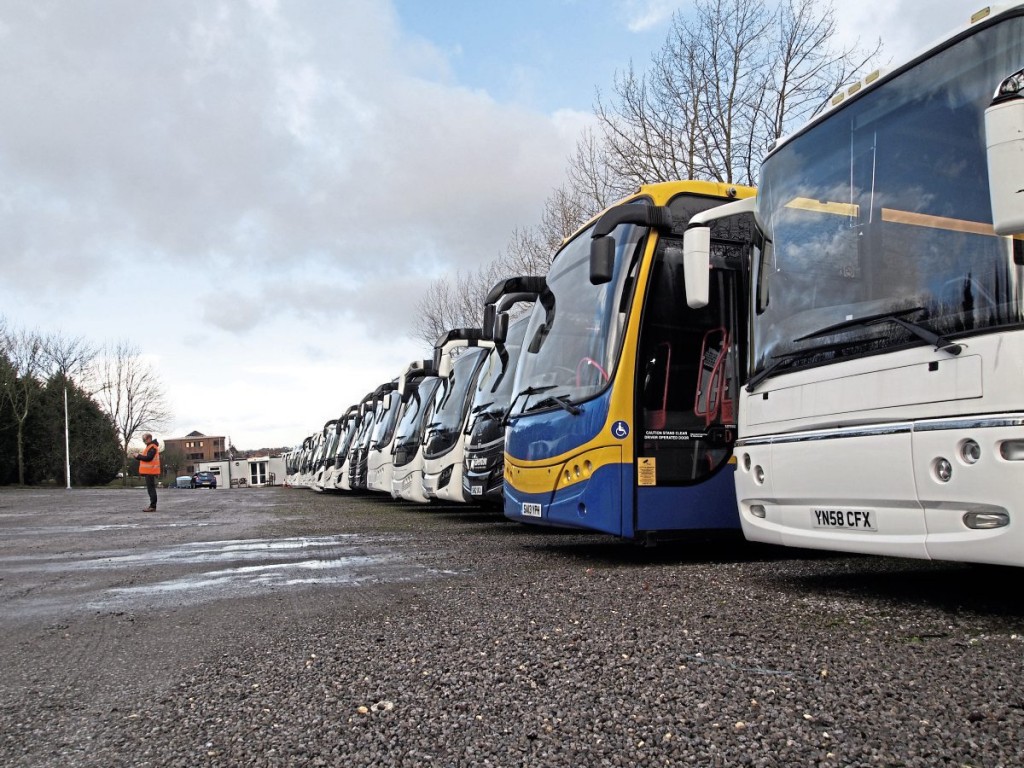 Another development for 2018 is an open day at the dealership. Several years ago, these events were common among dealers, but latterly have quietened off. Richard said: “In the past, these have sometimes worked very well. But you have to have something to show visitors to hold them. We can offer so much variance of stock, you have got to get out there in front of people.”

Simon agreed with Richard’s latter point: “It is an industry based on relationships.”

He went on to describe another strategy Plaxton is aiming to introduce this year. The company is currently looking for ways to target key account holders, customers who buy in large quantities. Simon said: “We are looking to form a strategy around groups who buy five or ten vehicles at a time. We’re really trying to retain the existing customers and build on those groups.”

Richard said: “We are very excited about this year, we’ve got a great product line-up.”

Simon agreed: “It’s the best product line-up we have had for a long time. It’s a very good sales proposition to offer, we’re always competitive.”

In particular, Simon said the Leopard is performing well. “It holds its own, it has the best residual value. Secondhand Leopards fly out the door.”

Martin said: “A lot of people want the new Leopard. It has full floor-tracking throughout, making it future proof because it is easier to up-seat.”

“It certainly gives it future lives and makes it easier to cascade down,” said Simon. 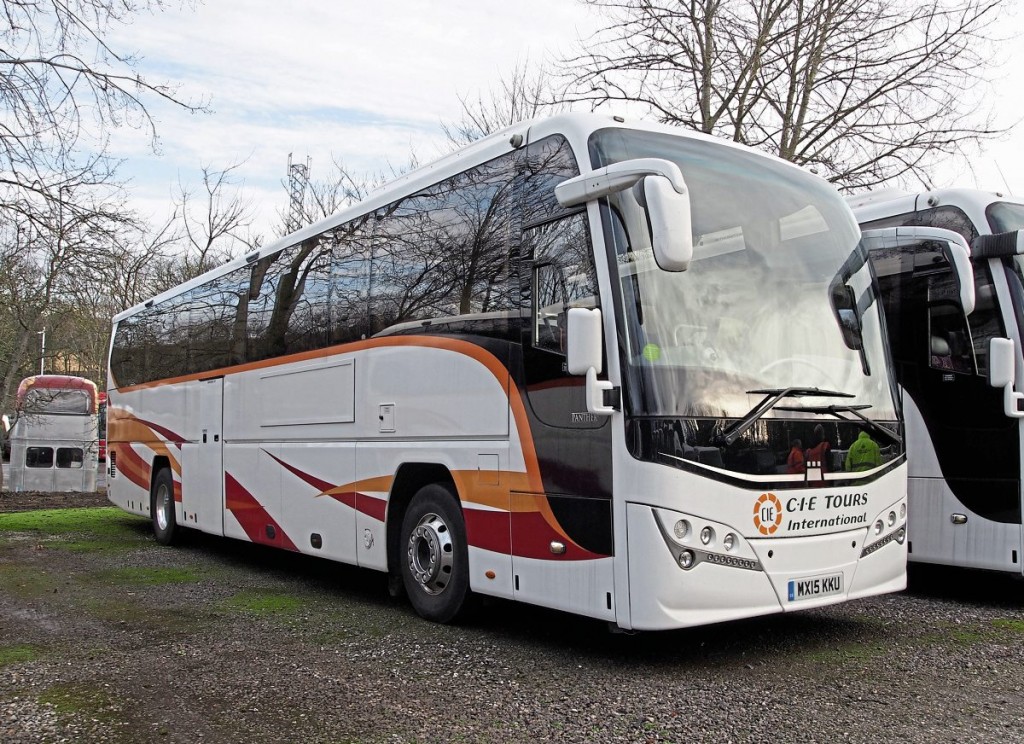 There were several of these CIE Tours International Volvo B11R Plaxton Panthers in the yard, priced at £194,500 at the time of writing

According to Martin: “One of our biggest challenges is to get the Leopard off customers! It’s a safe product, it’s like an old Cheetah on 33 seats.”

Simon said: “We are getting Leopards come through though, we’ve got a mix of variants.”

In order to ensure the word gets out there about Plaxton’s offerings, Richard said: “We want to respond quickly to customers.”

Simon said: “We are getting information and pricing back to the customer quickly.”

Richard said: “We are about empowering sales people with the information they need to make the decision in front of the customer.”

As the new team and strategy take hold, what does the staff from Plaxton and the wider ADL parent company expect from 2018? Richard said: “Currently, there is a lot of nervousness in the bus market. Some of our key independents are fine, but the smaller guys aren’t buying in the numbers as they did in past years. You have to have a compelling proposition, it’s about the whole-life cost of the vehicle. With us, you know you will get a well-supported product.” 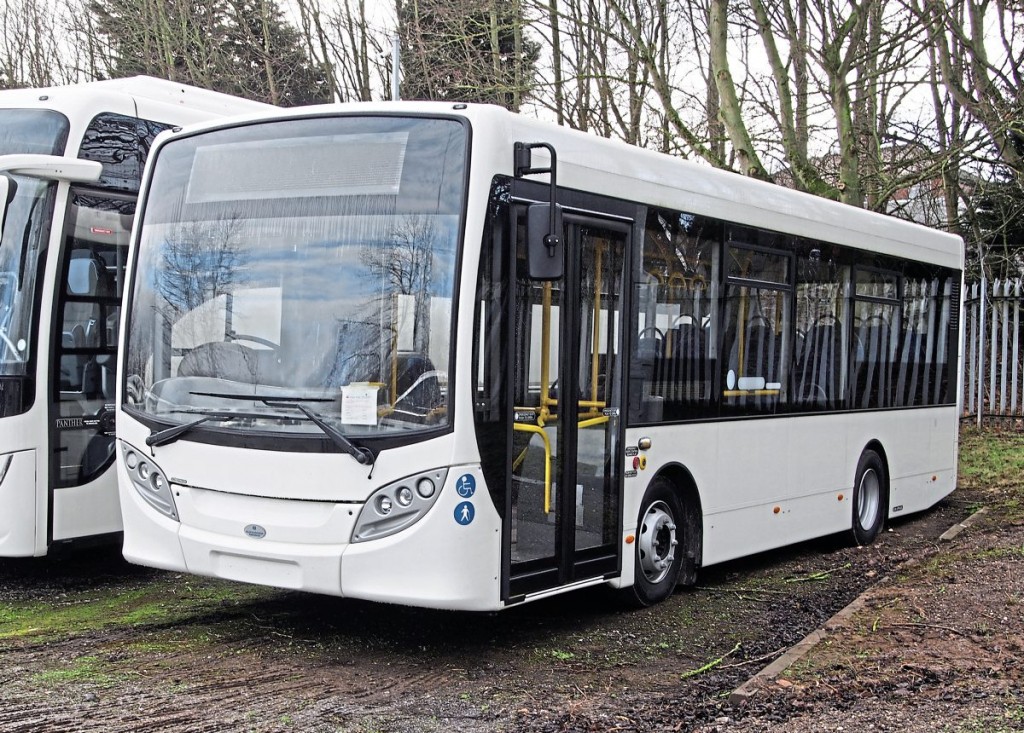 There is a lot of nervousness in the bus market, according to Richard

Commenting on the coach market, Simon said: “The coach guys that haven’t bought new much in the past are now doing so. This is with Euro VI drifting into cities now, with CAZs and the ULEZ coming up.”

“Winter is coming,” quoted Richard, referring to what could be challenging times ahead. “But we are putting ourselves in the best position that we can.”

Martin said: “We know we have a tough challenge ahead. But we have got the people and products to cope with it. We have an open door here, we are talking to operators even more. I know the buying plans for some customers into 2020.”

Richard said: “There are more people looking at leasing. We have Mistral, our leasing partner, with their office downstairs. Maybe this is a way people coming in to buy used can come away with a new vehicle.

“Finance at the moment is phenomenal. It’s a case of who can sell money the cheapest.”

Martin said Plaxton is in the business for the long term: “We don’t want customers’ business just today, we want to build into their future.”