Safety is top of the agenda for  Claire Mann, Director of Bus Operations at TfL

Gleaming in the November afternoon light, the glassy façade of the Palestra building where TfL’s offices are housed is, fittingly, in the centre of London’s transport network. Entering the impressive site, going through the security gates and taking the lift up, Claire Mann was waiting in a board room, away from the bustle of the main offices. Impeccably organised, she had clearly done her homework. In front of her were some notes she had prepared for the interview, the most important sections of which highlighted in yellow.

Clearly enthusiastic about imparting details of the initiatives she is working on at TfL, she spoke rapidly, yet with confidence.

She explained her journey in the transport industry, which started in 1997 when she joined Heathrow Express as a train driver.

She then moved up the ranks, taking up management positions; first at London Overground, then First Great Western, Arriva Trains Wales and then TfL. In the latter, she was Director of Docklands Light Railway.

In March 2017, she got her first role in buses, becoming Director Bus Service Delivery and Operations. In September last year, she became Director of Bus Operations. Under her remit are the city’s bus operations, as well as London Dial-a-Ride and Victoria Coach Station.

She said one of the differences between working on buses compared to rail is when there is an accident. “With buses, it’s an open network. You can’t shut down the roads and investigate like you would rail. It’s difficult to get your hands around what’s going on.”

“We are working hard to ensure that if an accident happens, we learn from it” – Claire Mann

But she is certainly making efforts to get to grips with the situation. Collisions on the road network is something she wants to address in particular and shows great enthusiasm for safety. “All operators in London have a strong core in safety. But there are so many elements coming into effect. I’m looking at the root cause of accidents. We are working hard to ensure that if an accident happens, we learn from it; whether it’s about the road layout or the environment. We will discuss what we could do differently.”

Claire’s focus on safety is a continuation on TfL’s push on this that started in February 2016. This has resulted in the Bus Safety Standard, launched at Millbrook proving ground last month. The Standard is expected to help deliver the Mayor’s target of no-one being killed by a London bus by 2030.

The standard, which details the bus safety requirements all bus operators will need to adopt up to 2024, will also reduce road danger in the shorter term with a range of safety features required from next year. The research for this was carried out using police collision data. TfL worked with the Transport Research Lab (TRL) to absorb the statistics and to independently test equipment for it.

Claire said: “We are looking at advanced emergency braking systems, which are on cars already. We’ve looked at it as part of our bus safety standard trials. They have become more reliable. They scan in front of vehicles. With that technology, we are testing for any false stops the vehicle makes, such as if people are standing close to the curb.”

As part of the safety standard, TfL is to introduce a blind-spot safety mirrors in 2019, as well as non-slip flooring. Technology that automatically limits the speed at which buses are able to travel using geo-fencing is to be rolled out. For electric vehicles, an audible alert for pedestrians and other road users of their presence is to be introduced. Special warning pedal indicators for drivers are to be brought in.

An interesting development will be the new design for bus fronts, intended to reduce harm if they hit pedestrians.

Claire said: “This will be on the specification of any red London bus and we would like the UK bus industry to adopt this standard.

She continued: “Really, it’s about engagement with the big groups, about spending time to invest in this early.”

It is not just about equipment, training for bus drivers is another part of the safety regime.

The safety push is part of an effort to reduce fatalities on London’s bus network. It is part of London’s Vision Zero action plan, which aims to completely eradicate deaths and serious injuries on the city’s transport network.

“We can’t just accept these things are going to happen. It’s about creating a safe system that people can make mistakes in. It’s the right thing to do. We are in a world where people are distracted but should not suffer injuries as a result.

“That’s why we have worked with the industry to create an innovative evidence-led Bus Safety Standard. The enhanced safety features it will require will make London’s buses the safest in the world and will save lives.

“We know that technology and innovation have the potential to further improve safety in the future so our standard evolves and tightens over time, requiring features that aren’t yet available commercially but which will be with the industry’s energy and investment.”

As well as safety, air quality is another issue impacting buses in London. The Ultra Low Emission Zone (ULEZ) is due to come into force in April next year and by 2020 TfL plans to only buy zero emission single-deckers. “The challenge is, how do we get there as quickly as possible?”

“We encourage people to go fully electric as soon as they can. We are looking at the infrastructure for this; how do we electrify a garage? If the charging equipment is in the garage the benefit is that it doesn’t impact anyone.”

This is not the case when the equipment is on the street. “It is about working out what the right balance is.”

As those who drive in central London may be well aware, the city beset by intense congestion. “We have more people walking and cycling, but there are still too many vehicles in London. We are focusing on outer London, on getting people out of their vehicles. As part of this, we launched a consultation in September on 24 bus routes in the area. Over the next four weeks we will be evaluating the 5,000 responses. We are running the most reliable service in London in our history, but it is still congested.”

What is TfL doing to raise patronage on the city’s buses? “We are doing targeted marketing campaigns. The Hopper fare has been fantastic. We have been ensuring people know about it. We have also been looking at introducing off-peak travel. We have to adapt the network to what people want nowadays.”

She mentions iBus, the city’s automatic vehicle location system and the open data available for software developers to help them create reliable transport apps, which have helped people use the city’s buses. She adds that contactless ticketing is also an advantage.

Despite these benefits for buses, it is still not easy: “Getting people to leave the car behind is a huge challenge.”

Particularly upbeat, Claire is confident about tackling London’s transport challenges. This is commendable considering the shortfall of funding available at TfL. She said: “Operating subsidy has been cut dramatically. We aren’t getting £650 million a year subsidy. The only way around this is if we run a most efficient network and any additional revenue we will reinvest. We are looking for a £500m net operational saving. And we are on-track this year. We want to ensure manufacturers and operators are on this journey with us. If we all work together and bring prices down, we will be able to deliver.”

What sort of person does it take to head the capital’s buses? “You need to be positive and persistent. You get lots of knocks on the way from people who don’t believe. But it’s the ability to take those knocks and come back. It’s having the fundamental belief you are doing it for the right reasons. It’s about doing the right thing for London and hopefully the UK.”

Brimming with enthusiasm, she said: “We need to get the bus out there, make t financially and physically accessible. We need to sell the benefits f it and make it what people want it to be.” 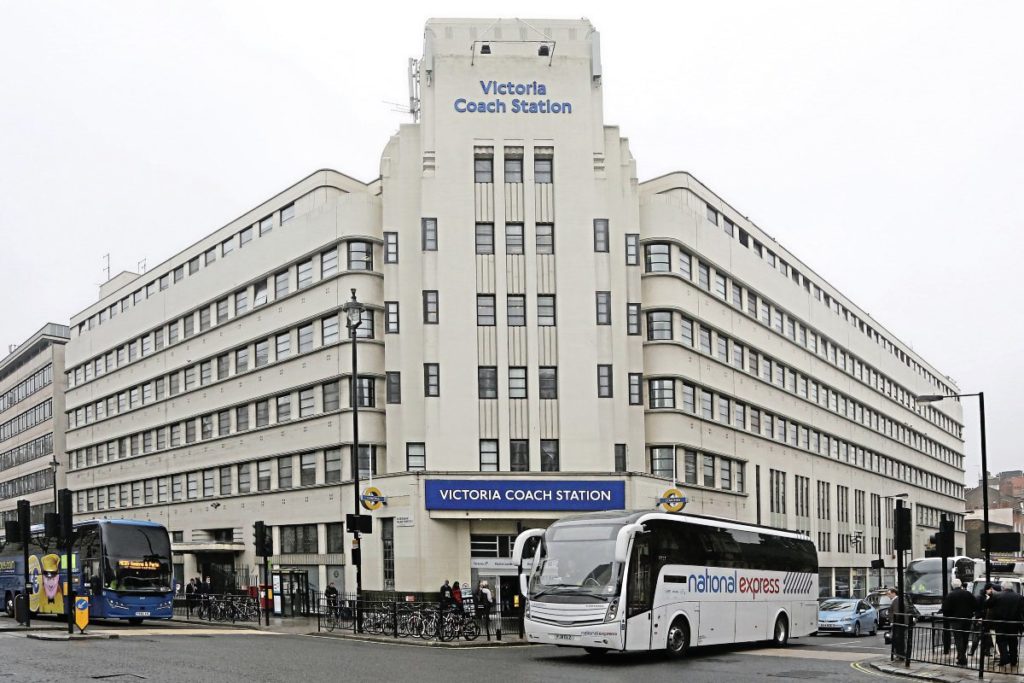 Also under Claire’s remit is Victoria Coach Station. She said of the facility: “It’s very busy and very congested. It’s quite an art to run. We will be working with operators to see how it can be run better. It’s not been decided what we are going to do with it yet, but we do need to use the space more affectively.”

A plan for the facility is expected in the New Year.